A Visit To the LBJ Presidential Library 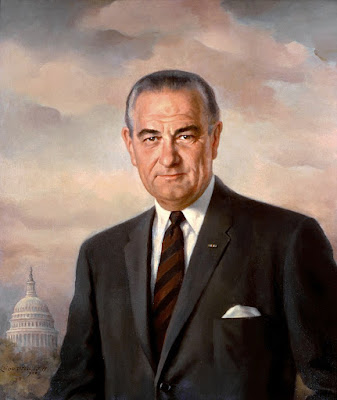 Earlier this week we visited the LBJ Presidential Library on the campus of the University of Texas in Austin. What an insight into his personal and political life it was, and into his motives and principles and personality. LBJ was the President of the United States 1963-1969, a time period that encompasses my growth from childhood to mid-adolescence. I well remember when he took the oath of office aboard Air Force One under terrible terrible circumstances, and the chaotic and trying events that hammered our country during his presidency. 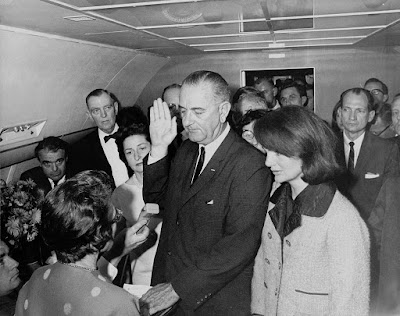 oath of office on Air Force One, November 22, 1963; this photo gives me a catch in my throat every time I see it

My strongest recollection of LBJ occurred when I was in eighth grade. On March 31, 1968, I was in my bedroom working on a school geography assignment at my desk. Mom and Dad called for me to come into the living room right away. LBJ was addressing the nation on TV about the future of the Vietnam War, then shocked Americans by announcing he would not seek nor accept the nomination for a second term as president. He appeared noticably older than his 59 years. It was the Vietnam War that did it. An unwinnable war, it was proving nearly impossible to extract ourselves from Southeast Asia. Here is LBJ addressing the nation that night. His feelings about a second term are voiced beginning at about 39 minutes. Modern Commanders-in-Chief should regard their role in as dignified a manner as LBJ did.

Our visit to the Library gave me a considerable appreciation for his accomplishments, which were many. His Great Society--civil rights, Medicare / Medicaid--and the War on Poverty have had long-reaching effects for Americans. I'm no Democrat, but all of these triumphs are appreciated by Americans of all persuasions and have enhanced the quality of life for all.

LBJ was known for his dynamic, forceful nature, and his unique way of relating to people, called "the Johnson treatment." He was a large man, 6' 3" tall, and at least 200 pounds. He charged ahead to get what he wanted, and left no doubt in the minds of his co-workers that he expected them to join his crusades. See below! 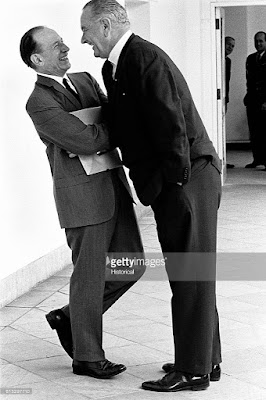 When you enter the library you are greeted with an actual presidential limo parked in the lobby. The various rooms are dedicated to particular aspects of LBJ's presidency. Some of the displays portray the cultural context of the times. There are telephones on the wall that play recorded conversations he had with various political figures. I enjoyed listening to some of those. In the multi-story gallery are all the presidential portraits along with those of the first ladies. I believe I was gazing at Barbara Bush's portrait right about the time she passed away.

Our time at the library and museum was well spent. 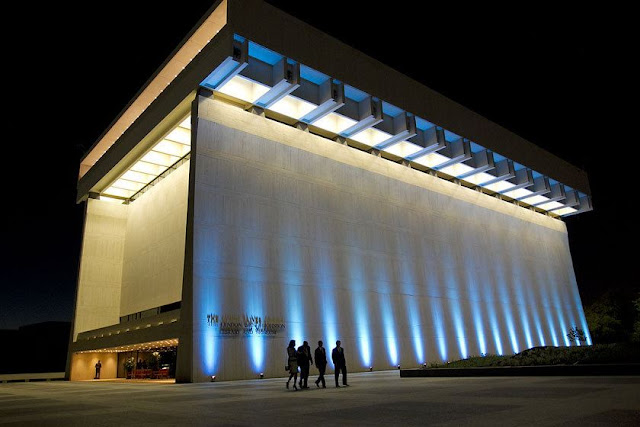