Historical Myths: Age at Marriage and at Death 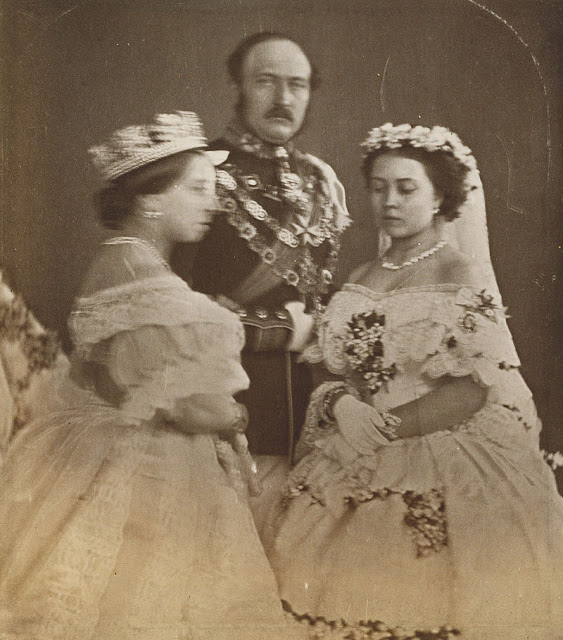 the wedding of Victoria, eldest daughter of Queen Victoria and Prince Albert

We know that women usually married as teenagers back in the day, right? Well, age at marriage was, and still is, a function of time, place, race, religion and culture. Marriage in Europe and the Colonial United States was based on a man's ability to support a family. When land was scarce or economic conditions poor, some couldn't marry at all. In the modern US, the female marriage age has crept up as women achieve education and career employment. My mother married at 27 years in New York, 1953; her mother at age 26 also in NY, 1923; her mother at age 24 in 1885 in Vermont. My great-grandmother on another line married at age 37 in Massachusetts, 1894. Her husband was 40. First marriages for all. 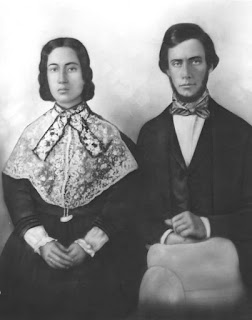 not my family but they look like fun people!

The post-famine Irish typically married at an older age, and hundreds of thousands not at all. My great-grandparents mentioned above who married at 37 and 40, were Irish immigrants. The pattern shows up in all of my Irish lines. It is thought that the reason for this was due to the lack of arable land with which to support a family. Yet that pattern continued once the Irish moved to the US to work in factories and on building railroads. Non-marriage has been an Irish scourge. My great-grandfather was one of nine children, and the only one who ever married. 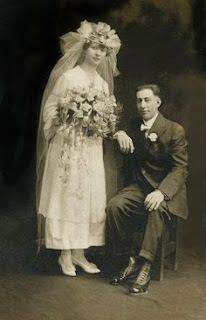 not my family but I wish we had a photo this charming!

Early death was a common curse in past centuries. Families were devastated when a child died. What had greater negative effect was the death of a parent with minor children. Besides the emotional grief, there was danger of these families breaking up. Children were often separated and placed in different families, or in orphanages. But. I've seen statistics claiming that the average life expectancy in 1900 America was in the mid-40s.


Katie Cannon, who runs the website Historic Myths, says, "You hear this one all over the place: “Everyone died young back in the old days,” or “You were lucky if you lived to age 40,” and so forth.

"You can crunch some numbers and certainly come to this conclusion, but the big problem with this is infant mortality. If you include the (generally high) infant mortality rate of early America, life expectancy plummets. However, if you calculate life expectancy past infancy and childhood, people in historic periods could expect to live to ages not that different from today.

"In Massachusetts in 1850, an infant at birth could expect to live 38-40 years. Pretty bleak, right? But, if that same infant survived to age 20, he could expect to live another 40 years, to age 60. Quite an improvement! Compare that to the Center for Disease Control statistics for 1998, in which a person’s life expectancy at birth was 76, and at age 20 was 77, hardly any difference because we’ve managed to sharply decrease mortality in infants and children. And remember, “life expectancy” does not mean everyone suddenly drops dead at that age. There are plenty of people today who live past 77, just as there were plenty in 1850 who lived past 60.

"The big killer, as you may have noticed, was disease. The age of antibiotics changed many things, and today far more infants are expected to reach adulthood, so the average life expectancy has indeed gone up. But, old folks were not an endangered species in early America!"
Sources: U.S. Dept. of Commerce, Bureau of the Census, Historical Statistics of the United States.
http://www.cdc.gov/nchs/data/statab/lt98internet.PDF