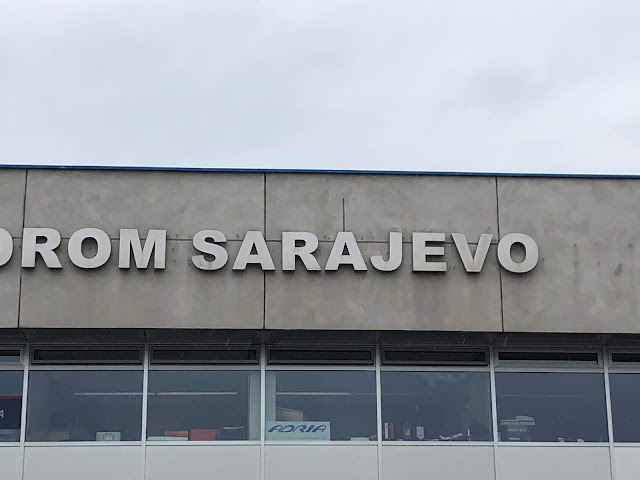 
My whirlwind trip to Sarajevo was life-altering. I have not been in a place where war was so recent that every adult recalls the trauma and peril like yesterday. Bridget and I attended the opening of a museum exhibit remembering the seige of Sarajevo (1992-1995), to which a survivor and friend (Selma) contributed an interpretation. More about that another day.

Sarajevo is a city reminiscent of Damascus, of Istanbul, of the Austro-Hungarian Empire's eastern cities. The flavors are reflected in its architecture. Deep green carpets the surrounding hills and mountains, much like that of eastern Slovakia.

It is a city of cemeteries. In every direction white-pillared cemeteries carpet the hills around the city. The seige killed over 11,000 people, and the newness of so many graves is startling. 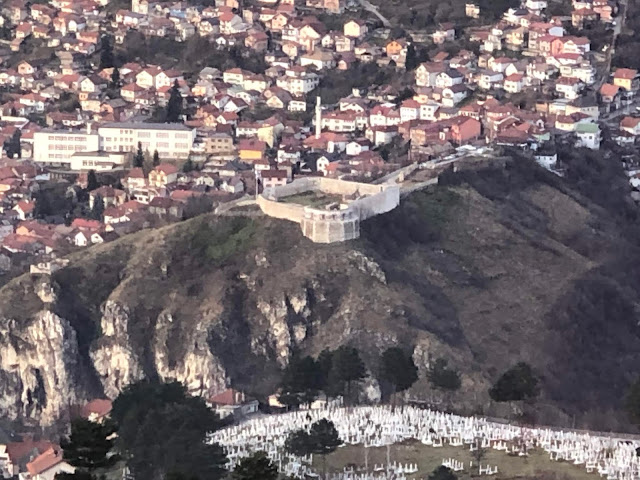 We walked past the Yellow Bastion twice daily on our way to and from the old city. The next three photographs were taken from the Bastion, located in the northeast portion of the city. Note the dense cemetery in the foreground above. 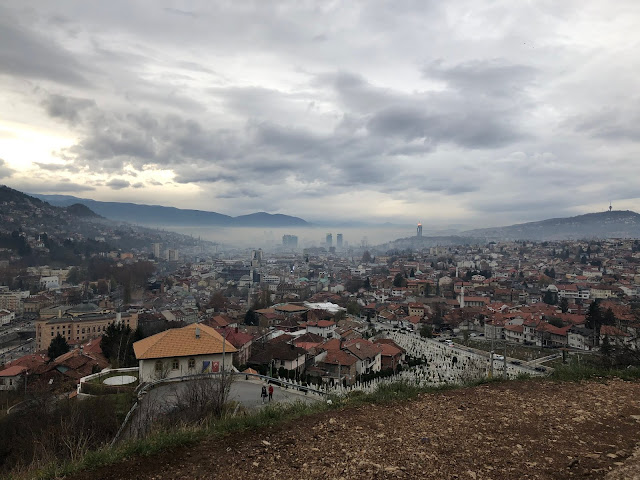 Looking southwest from the Bastion towards the modern portion of Sarajevo.
Using the orange tile roof of the prominent house, you can see the photo below is looking more to the south. 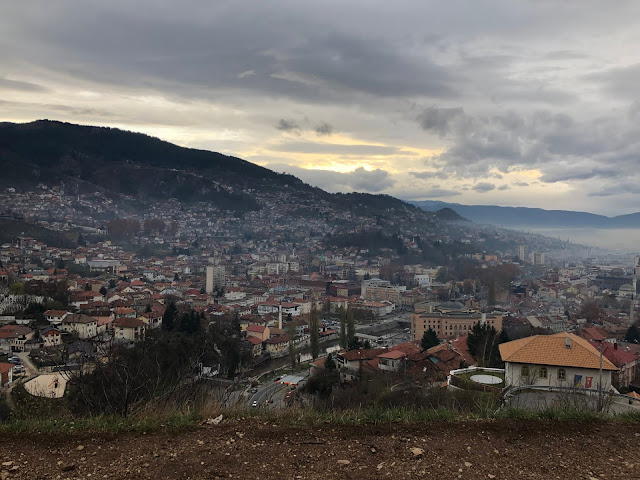 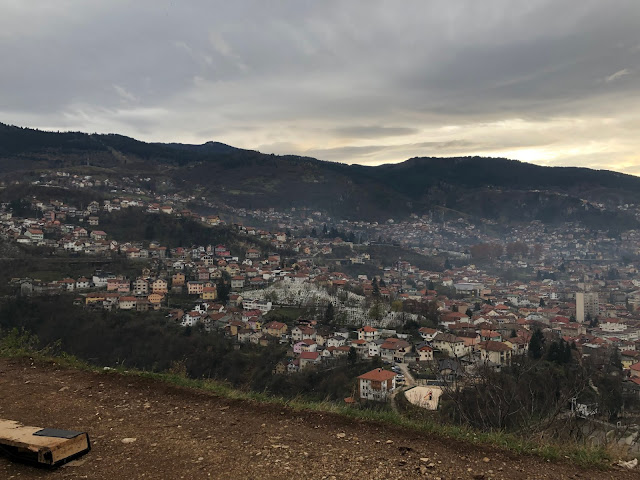 Looking southeast from the Yellow Bastion. 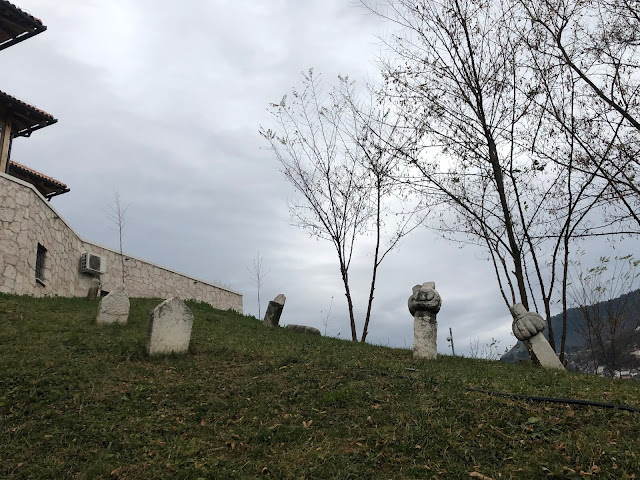 Cemeteries, the old above, the newer below. On the Sunday we were in Sarajevo, November 25, commemorations of National Day were held. In the cemetery below we witnessed a heavily guarded procession of dignitaries placing wreaths on the grave of the former president. 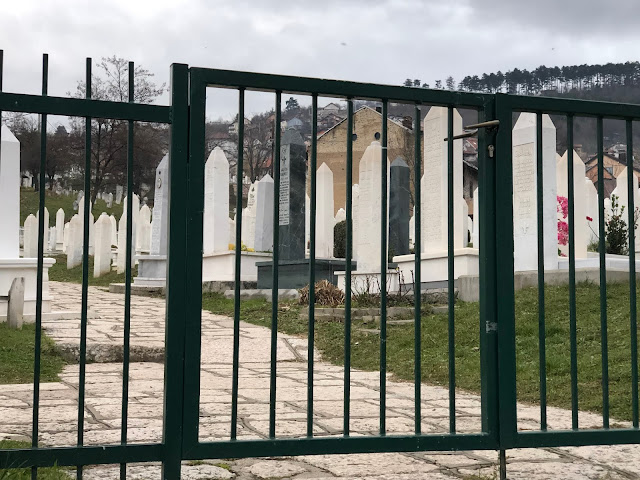 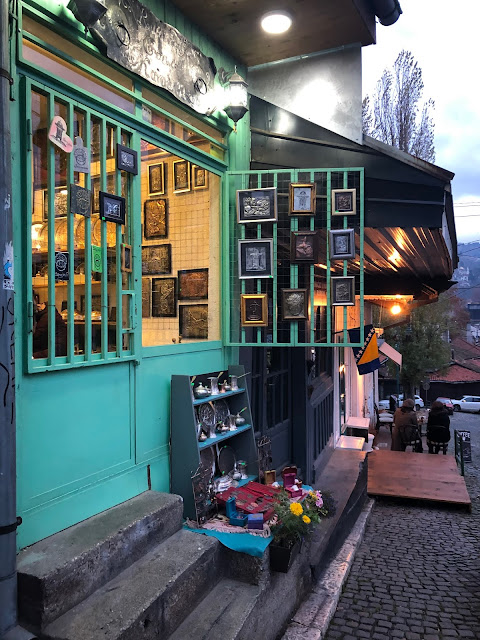 Gift shop in the old market area of the city, Baščaršija. 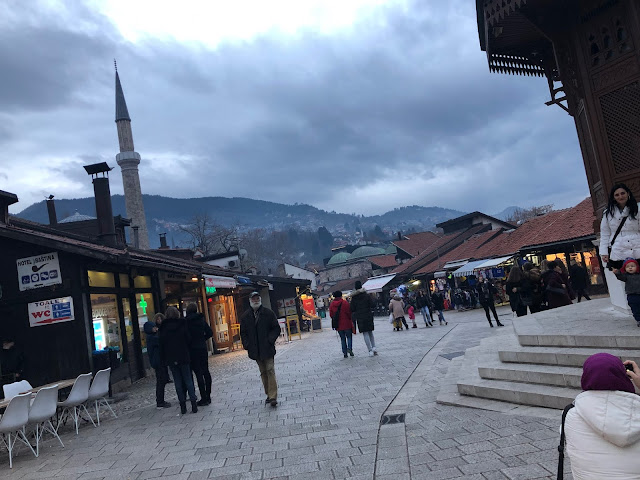 Baščaršija in the older city. 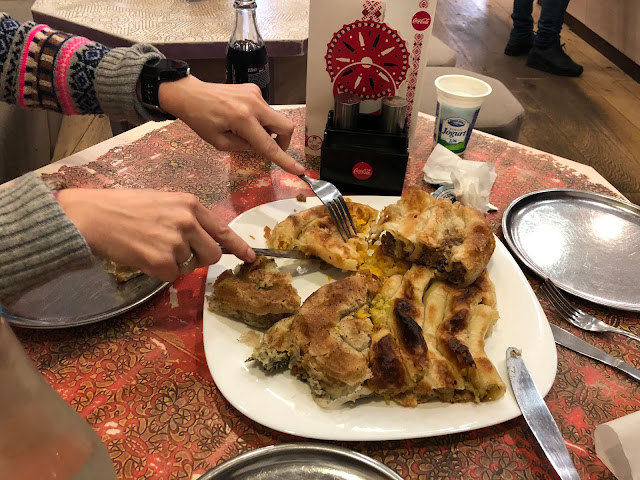 Dinner similar to pierogi. The choices were spinach, potato or meat filled and all were delicious. 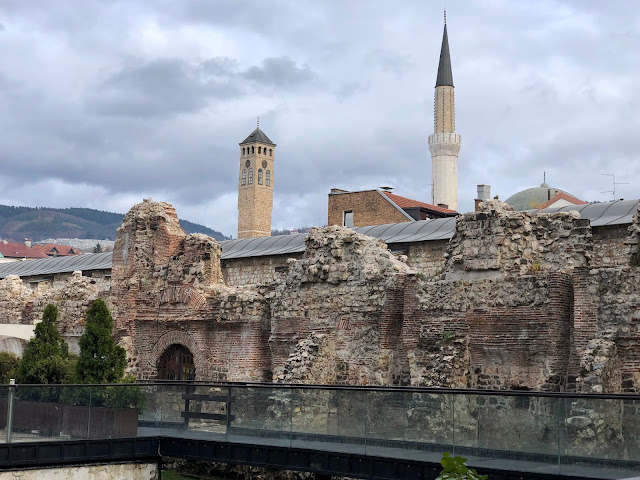 Older ruins flanked by the new. 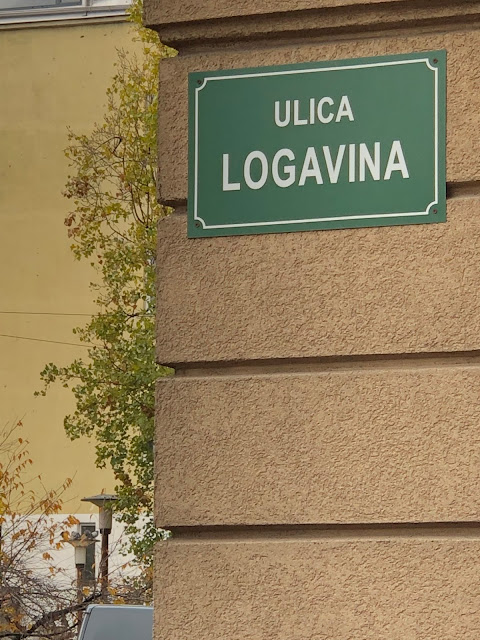 Logavina Street above and below, made famous by Barbara Demick's book of the same name. 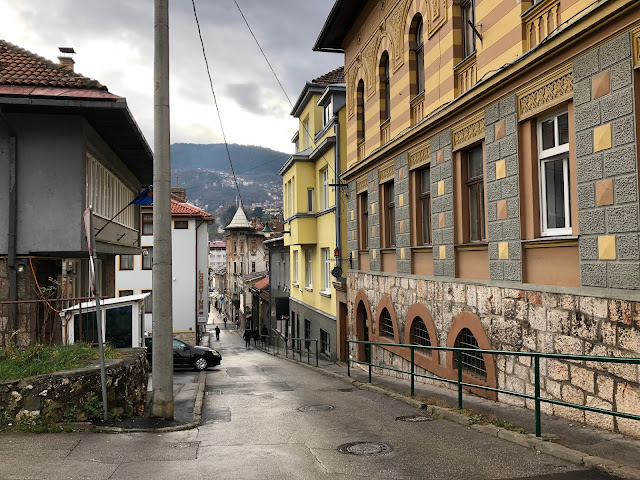 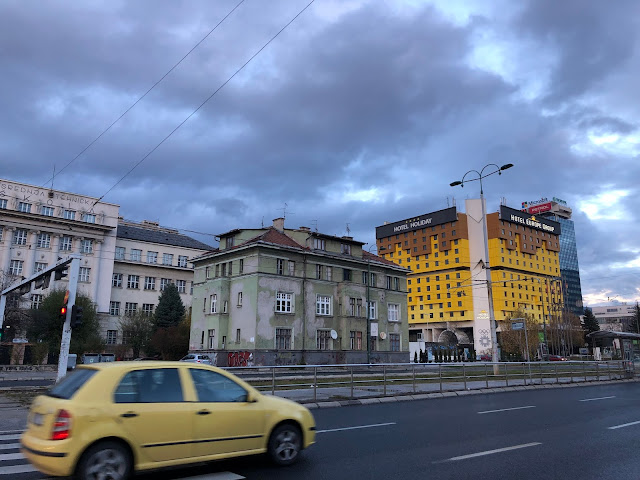 A city scene in the western part of Sarjevo. 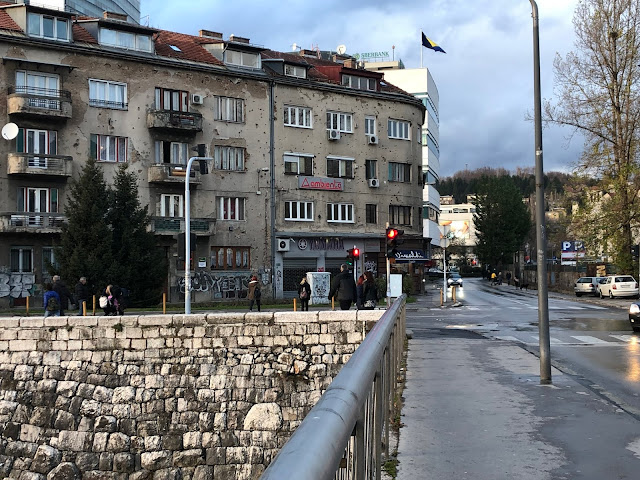 Another city scene showing some war damage on the apartment building.
Posted by Suzanne Bubnash at 9:17 PM