"Tell Everyone on This Train I Love Them" 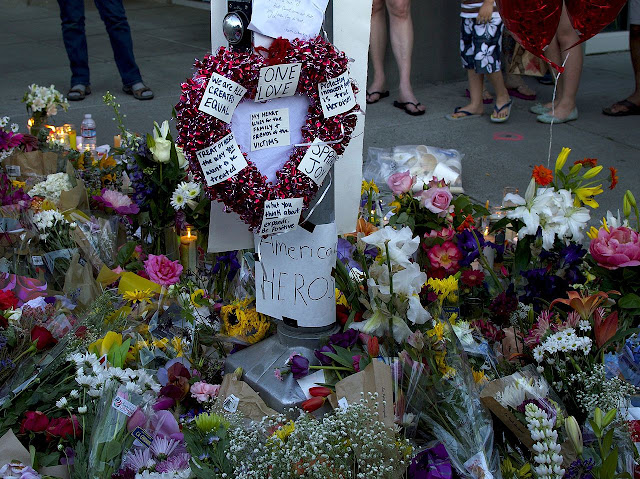 Nearly 18 months has passed since the terrible day that three local men were stabbed on Portland's MAX train. Compassionate, thoughtful people have donated hundreds of thousands of dollars to the victim's families, and a permanent memorial was put in place one year after the crime. Even now it is difficult to talk about.

On the train, a likely mentally ill man spouted just awful hateful anti-Islamic, anti-immigrant words at two teenage girls of color, one veiled. Three men stepped forward to diffuse the situation and stand up for the girls. The perp cut the throats of all three before the eyes of all on the train. One man died immediately, another later in the hospital, and the third survived.

The last words of the second man were "tell everyone on this train I love them." His words are inscribed on the memorial.
Posted by Suzanne Bubnash at 4:00 AM