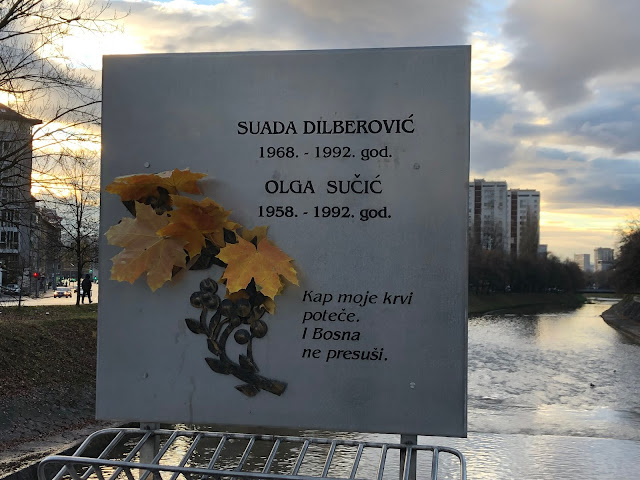 Memorial plaque on the Suada and Olga Bridge. These two women were slain by snipers during a public demonstration about 5 April 1992. They were the first casualties, with thousands to follow. 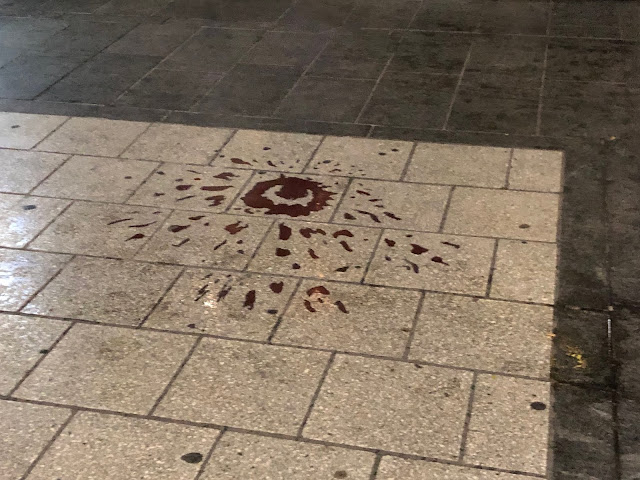 A Sarajevo Rose. This pattern of a shell explosion is found all over the city, still. Most are not painted red, but they stand out in roads and sidewalks anyway. 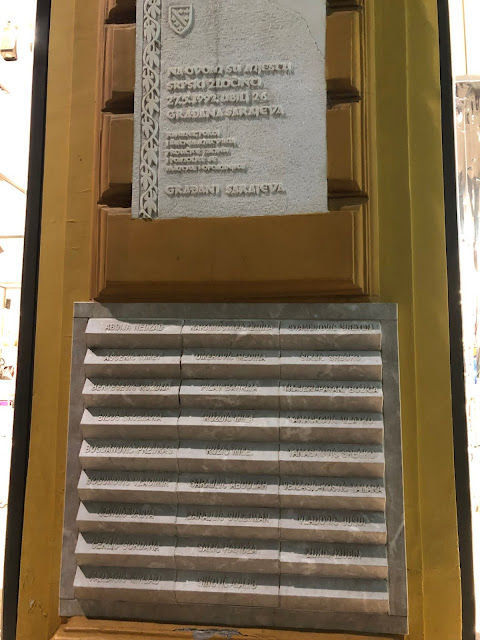 Some neighborhoods feature memorials to those from their area who were killed during the war. Each memorial is unique. 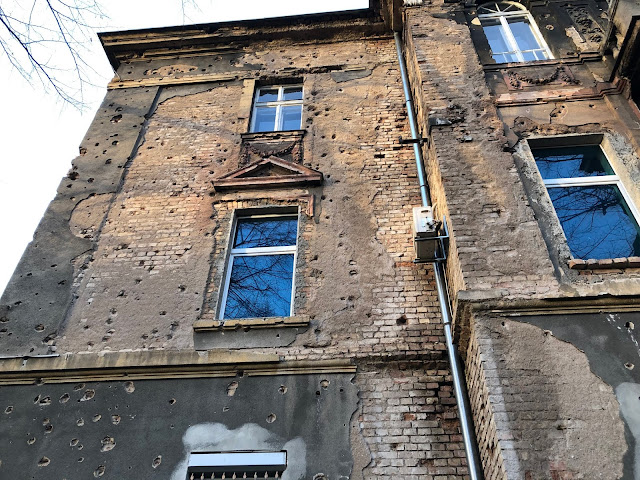 Shell damage remains in parts of the city. 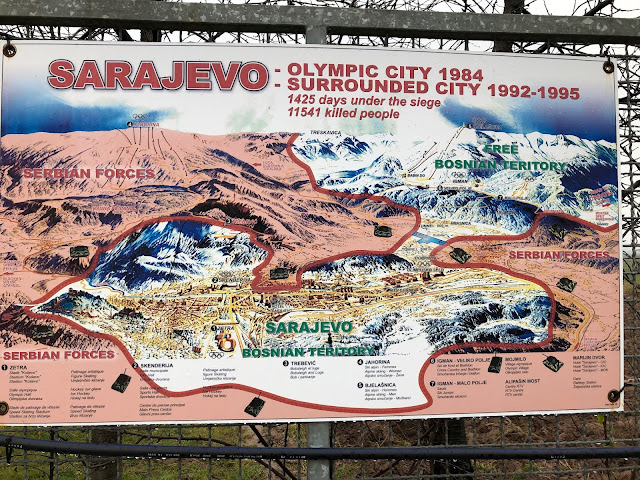 The Olympic City became a besieged city, a war zone, a mere 8 years after the world was in awe at the doorstep. 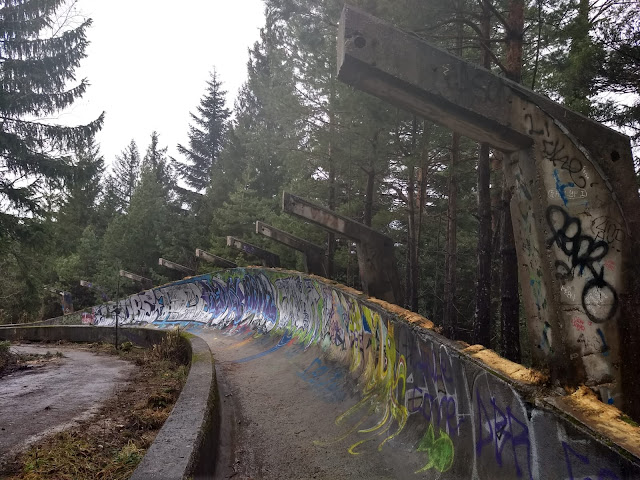 One year into the siege of Sarajevo a tunnel was burrowed under the airport runway to provide access between the besieged city and UN held territory on the other side. Supplies, troop movements, and escapees made use of the passage. A friend, Selma, escaped through this tunnel and eventually made her way to the US. She said Serb snipers were poised for action in the hills above both ends of the tunnel.

Now only a small portion of the tunnel is accessible to visitors. Selma described the cramped-ness of the tunnel. When a stretcher bearing wounded was carried through, anyone else inside had to flatten themselves against a wall.  The tunnel was a conduit for various utility lines for the city of Sarajevo. 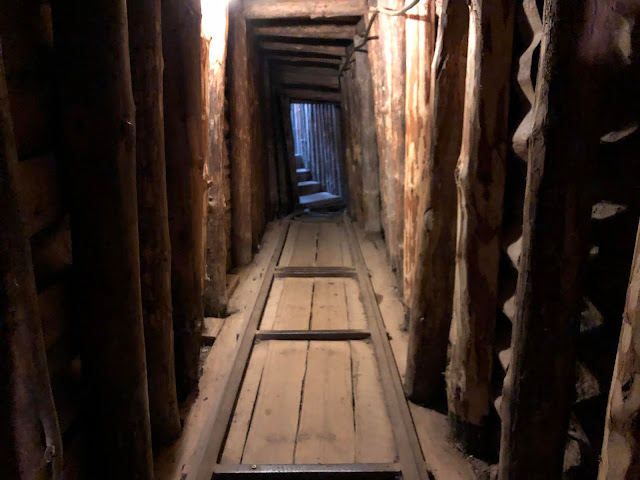 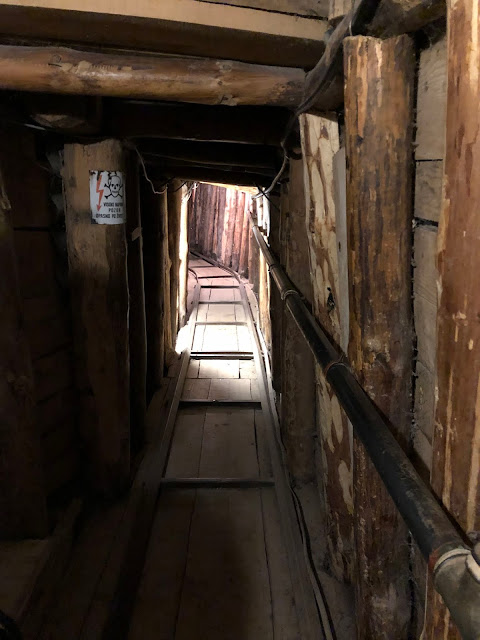 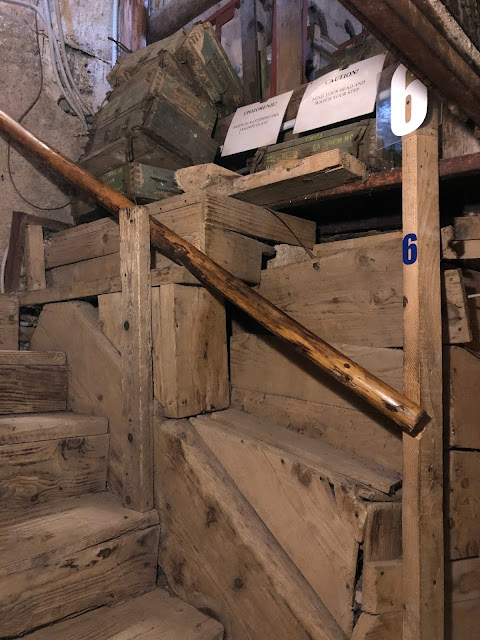 Entrance to tunnel.  A shell landed here killing more than a dozen people waiting to make their escape. 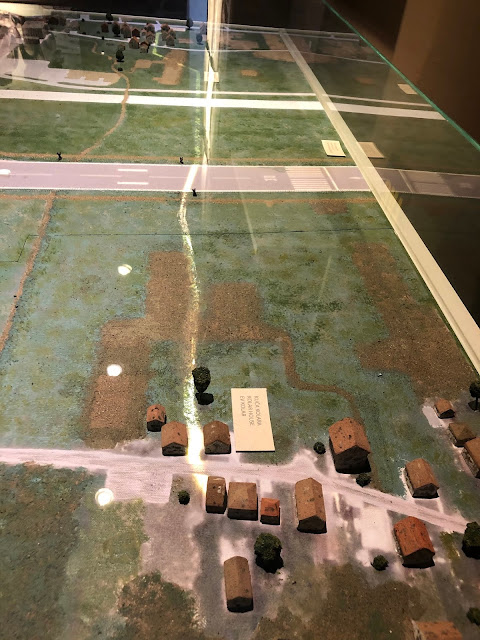 The museum features this model showing the path of the tunnel (white chalk mark). One entered and exited through a house on each end. The airport runway shows in this model. 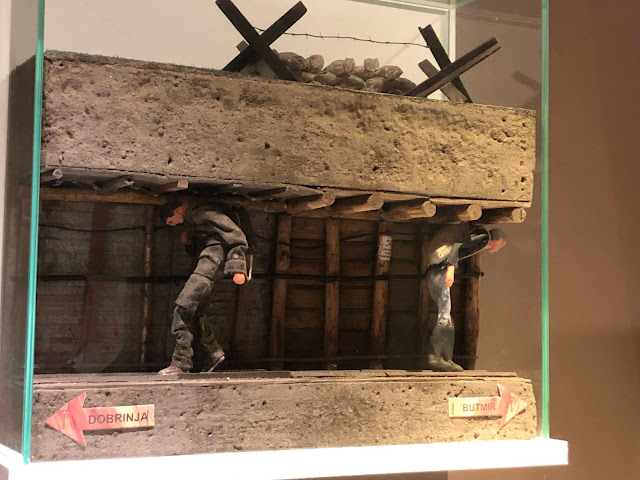 In the museum are photos and models of the tunnel. 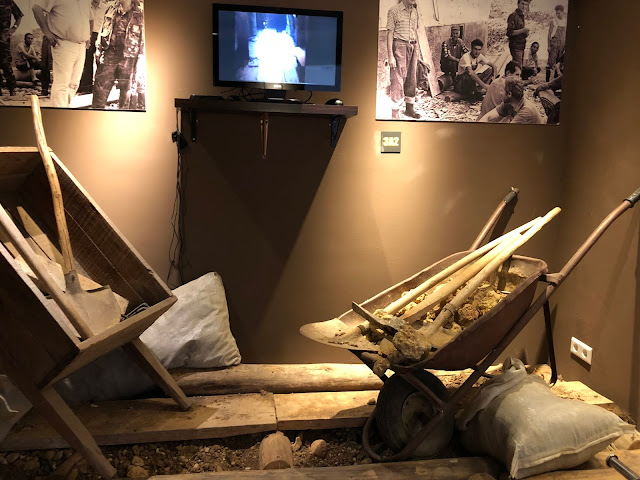 Digging tools. No backhoes or other mechanized helps were used, in order to keep the digging under wraps. 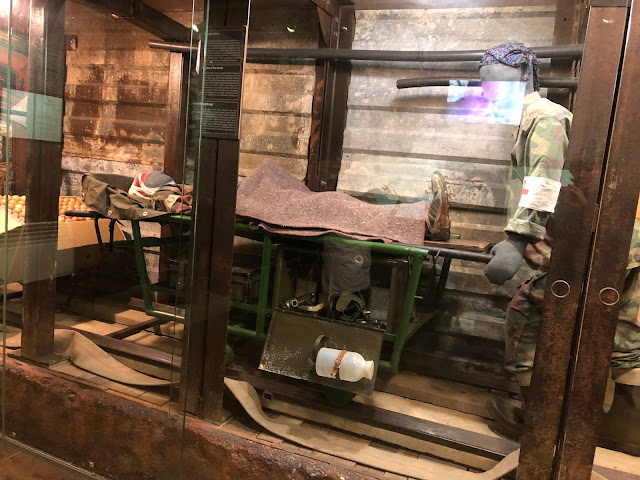 The tunnel and accompanying museum are a must-visit in Sarajevo. One gets a feel for the terrible desperation of people in the besieged city, and the risks taken  by military and civilians to keep the city alive through several years of siege.

Posted by Suzanne Bubnash at 10:45 AM