A Golden Nugget Mined on the Internet 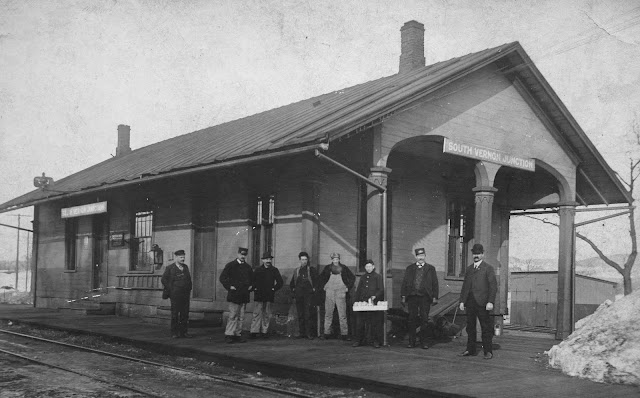 The internet has been a boon to those of us who enjoy doing family history work. A researcher can sit at their home computer in their pajamas and at their fingertips is exponentially more family information than was available in all past decades put together, when we had to extract it through phone calls and letters and visits to individuals, municipalities, churches, repositories, etc., begging for tidbits  about our ancestors.

Recently, using the internet for family history, I have:

*Located a person in Texas whose aunt is the widow of a man I’m researching; the widow has family pictures and historical pictures of their town, and my contact person borrowed and scanned the pictures, then sent them over the internet to me.

*Received an email from my Slovak cousin revealing that his father and uncle each spent a year in a German concentration camp during WW II, for working in the Slovak underground.

*Helped a beginner-stranger figure out where to find information about his early Vermont family.

*Located a website for my father’s hometown that contains links pertaining to coal mining. One website displays a very old photo of the colliery where my grandfather last worked. He was critically injured in a slate fall there in 1951.

I inherited very few photographs of my ancestors or places that pertain to their lives, and about eight years ago began using Ebay to locate pictures of places that are pertinent to my family. Ebay is a gold mine of photos and postcards and I have collected old pictures of churches, schools, main streets, parks, and factories for illustrating family histories. I marvel at the miracle of finding these things that add an extra dimension to my family background.

One day I perused Ebay for pictures of South Vernon, Vermont, where my great-grandfather, Michael Toomey, and his father John and grandfather Michael had worked in various railroad jobs during the period 1850-1890. I already own about seven different postcards of this once-vital railroad junction. But this one day there was an 8x10 photograph for sale showing the South Vernon Railroad Station with eight men standing in front of it. I could tell by the building and their clothing that it was taken about the time my great-grandfather was a brakeman, and realized he just might be in that photo. Even if he wasn’t, it was valuable because he worked there in that time period, so I bought it.

When the photograph arrived I dropped everything to examine it closely with a magnifying glass. The building dominates the photo, and because the faces are small and the picture isn't razor sharp, it’s not easy to distinguish features. After a while I narrowed down that great-grandpa might be one of two people. And who knows, his father could be one of the others. Then on a whim I flipped the picture over to see whether anything was written on the back, and guess what—my great-grandfather’s name was handwritten on the back!  I was holding his copy of the photograph . . .

It sounds like a lucky coincidence but honestly, experiences like this happen regularly in family history. Photos and valuable tidbits of information sometimes just appear. In this case I contacted the seller to determine the provenance of the photo, but he had bought many boxes of antique stuff here and there and could not tell me where it came from. I declare it a stroke of Divine Providence.
Posted by Suzanne Bubnash at 7:30 AM