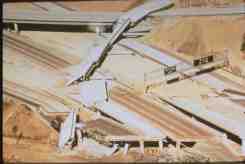 Sometime during the day of the quake, our electricity came on. That night all six of us slept together in our parents’ king-size bed, although the word “slept” doesn't really describe the situation. We dozed on and off but the near-constant shaking made true sleep impossible. Dad kept his favorite talk-radio station on all night, perhaps so that we would feel buttressed by the calming company. Our new neighbors across the street weathered the aftershocks in their car for the next few days, refusing to go back into their house. A few weeks later they moved back to Michigan.

The following Monday we went back to school, and everyone had earthquake stories to tell. Our PE teacher Mrs. Cheek had a good one. She described how the quake hit as she was talking to her mother on the phone, and she actually saw a series of waves going through her floor. Mr. Dickinson was an aged Humanities teacher at school. On February 8th he had given his annual lecture on earthquakes, describing what the ancients in various cultures believed about quakes. He alleged that he had jinxed us into experiencing a quake sixteen hours later. The following year he was my teacher, and when he gave the earthquake lecture he warned us to be prepared, because, “you know what happened last year after I taught this lesson.”

Gradually the damaged structures were torn down, the freeways were rebuilt, and repairs made around our homes. Dad rebuilt our stone fence [picture below]. I haven’t driven under a freeway or across an overpasses comfortably since earthquake day. 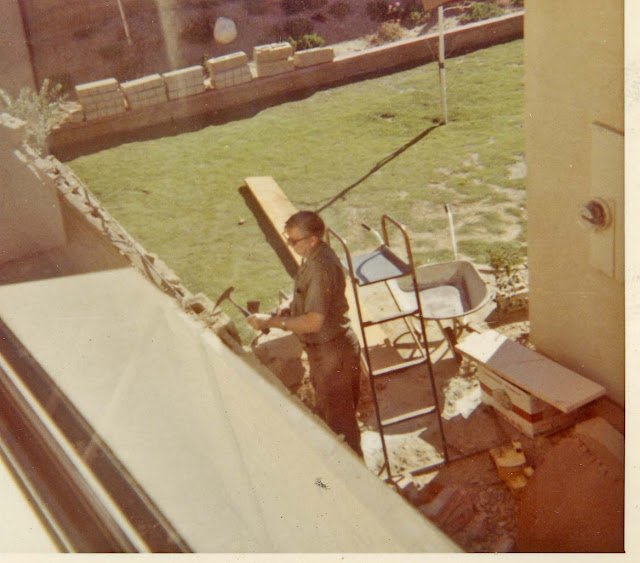 Major earthquakes are more than an initial terrifying shock. They are followed by countless aftershocks, over and over and over, around the clock, for days and weeks. Then they begin to diminish in size and taper off in numbers, and you find yourself finally calming down and able to relax once again. Then out of the blue, just to make sure you’re still paying attention, a five-pointer comes along and a new period of nervousness begins again.

The frightening thing about earth movement is that you don’t know how intense it is going to become. When a quake begins you snap into high alert, and then you have maybe a second to decide which way it’s going to go and act appropriately—will it increase in intensity or fade away? One night weeks after the '71 quake some friends from Agoura were visiting. An aftershock hit and quickly intensified. Our family darted to the doorway for safety. Our friends sat immobile, and asked what was the big deal. It was impossible to explain to them the terror we had been through. I have been in sizable quakes since 1971, but never one so frightening as the early-morning Sylmar quake.  Scientists in my area of NW Oregon tell us that we're ripe for an 8 or 9 intensity earthquake. That's an event I hope to miss out on.
Posted by Suzanne Bubnash at 7:30 AM