Yesterday this blog was about Flight 93 which went down north of Somerset, Pennsylvania on 9/11. Curiously, less than one year later, masses of media and the world’s attention focused back on the same area when nine coal miners were trapped in the flooded Quecreek Mine, not 10 miles from where Flight 93 went down 10 months before. For over three days the world was at the edge of our collective seat around the clock, waiting for news of the trapped men.

The anthracite coal region of northeastern Pennsylvania, and the bituminous region of western PA combined have experienced an astounding 51,000 deaths from coal mining since 1877.  That's 32 deaths every month when averaged over a 130 year period, shocking numbers for only one US state.

With a steady stream of immigrants lined up for available jobs, miner’s lives were pretty cheap in the early days. My great-uncle George was killed in 1908 in a slate-fall in a Stockett, Montana coal mine. My own grandfather was crushed in slate-fall at the Colonial #3 mine at Rowes Run, PA, in February 1951. If a miner survives an injury he is typically gravely hurt. Grandpa should not have lived, but he pulled through, spending the next seven months in a body cast and another few months after that in the hospital, then two or three months in rehab learning to navigate his paralyzed self on crutches. My Dad said that in the early days of mining the companies took no responsibility for a miner’s injuries. They threw the injured in the bed of a wagon and left them on their doorstep for the wife to patch up. The work went on.

So why is it that with personal challenges and suffering in our own lives, we can suddenly find ourselves praying for total strangers, or sending messages of hope or condolence to people we don’t know in relation to an event that has nothing to do with ourselves? That’s what happened when Jessica fell into the well, and it happened at Quecreek in 2002. I think it is partly the inherent goodness in people. We stretch our capacity to love and care for others. Someday it could be our turn to need the best wishes and compassion of folks all around. In Somerset County expressions of faith and hope were heard from the families and friends, rescuers and reporters, and the governor.  Marvelous miracles happened such as when a broken drill part was tooled and replaced in three hours instead of the customary three to four days. People everywhere recognized answer to prayer when they saw it.

In this case, when the governor gratefully announced, “nine for nine!” the world rejoiced. A few months later, on the same day our family visited the Flight 93 site, we stopped at the Quecreek rescue site. My step-mother’s father once worked in this mine, and she was born here on Christmas Day 1921 in Acosta, just up the road. A few years ago a memorial to this tragic event with a happy ending--of a miner immersed in the Bible--was put in place. I don’t think we too often see memorials erected to commemorate positive events. 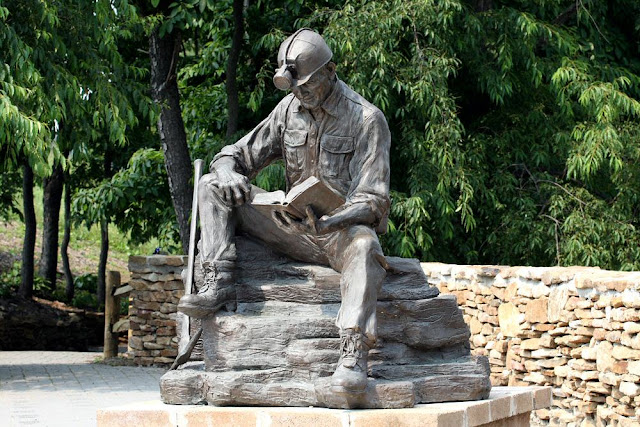