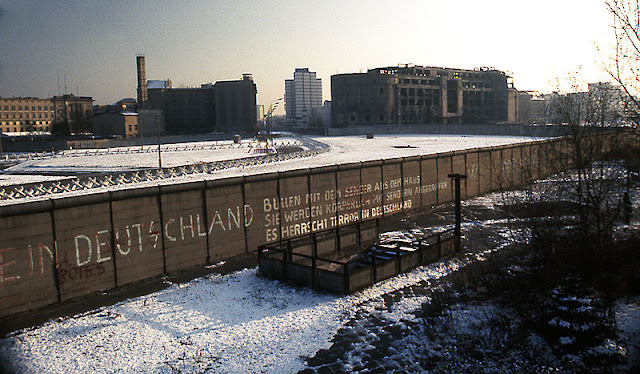 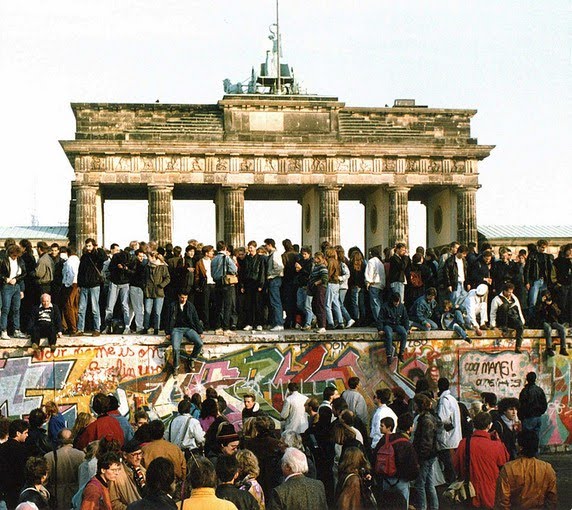 Craig and I grew up in the 50s and 60s when the fallout from World War II was still palpable. Both our fathers were veterans (his Dad was Air Force, mine was Navy) as were our uncles. And though these men didn’t routinely speak about their experiences, we kids were aware enough of their role that our childhood games included playing war against the Japs and the Krauts, as we called former US enemies.

But ironically, it was one of our former allies that was the real bad guy. After the war the Russians had moved in and taken over Eastern and part of Central Europe (including the eastern part of Germany), creating what the West called ‘the Soviet bloc.’ We had “the bomb” and they eventually had “the bomb”, and Americans knew we would never use it first but also knew the Soviets had no such scruples. It was a scary time punctuated by air-raid drills, warning messages on TV, and the building of bomb shelters. All schoolchildren were trained what to do if we saw a bright flash in the sky—drop under our desks and cover our heads with our hands (I can hear you younguns laughing)!

In the midst of this climate of fear and suspicion, in 1961 East Germany shocked the West by building a barrier that prevented the draining of East Germans into the West. Thousands of their citizens had escaped the oppressive government by filtering into West Berlin and the flow had to be stopped. In the beginning the barrier was simple barbed wire guarded by soldiers whose purpose was to shoot to kill, but soon a tall concrete fortification, christened “The Berlin Wall,” snaked through the city and countryside.

Over the next 28 years thousands attempted to escape East Germany; some were successful but several hundred were shot and killed. Phrases like “he came over the wall” were heard. We cheered when we heard about the sports car that zoomed through the gate at high speed, and marveled at the ingeniousness and courage of the family who was so desperate for freedom that they went over the wall in a homemade hot-air balloon.

Fast forward to 1987 when Pres. Ronald Reagan boldly uttered his famous phrase, “Mr. Gorbachev, tear down this wall!” Two years later LDS members heard that for the first time in many years missionaries were sent into and out of East Germany. What the heck?  We had been praying for years that communist countries would open their doors to the Gospel, but I’m ashamed to say that I didn’t have much faith it would occur in the prime of my generation. Something was different.

In a nutshell, in the summer of 1989 Hungary for the first time allowed visiting East Germans to leave Hungary and cross over into Austria and freedom (East Germans were allowed to vacation in some of the Soviet bloc countries such as Hungary). The East German government tried to tighten the screws and one official said the wall would stand another hundred years. Mass demonstrations in East Germany resulted, and this groundswell of public opposition to the restrictions could not be stopped. In response the government decided to relax restrictions but in making this announcement the official made it sound like citizens could now exit freely to West Berlin. This was reported in the press on November 9, 1989. By evening that day thousands of East Germans had gathered at the wall demanding the gates be opened, the overwhelmed guards complied, and East Germans freely rushed into West Berlin!

We watched the stunning events on TV that night. There was one enormous all-night party going on around the Berlin Wall. Music was playing, people were dancing, hugging, weeping, and hacking away at the wall using everything from fingernails to sledgehammers. Even hours before we did not expect to witness the fall of the wall, at least not in the 20th century. It was impossible not to shed a few joyous tears along with the East Germans as we watched them dance on the wall. Some were reunited with loved ones they had not been able to hug since 1961.

In 2002 we visited Berlin. The wall had been gone for over 12 years (except a few memorial sections) and in its place is a miles-long streak of paint and bricks marking what was once the site of a country’s relatively short-lived, feeble attempt to imprison its people. I say feeble because though East Germany could physically keep their citizens prisoners, a person’s yearning for freedom can never be stifled. Sooner or later this government was destined to bend, and it bent that night in 1989, thanks to the united demands of a massive number of people saying they had had enough.

Read here for more details about the wall:
http://en.wikipedia.org/wiki/Berlin_wall
Posted by Suzanne Bubnash at 11:07 AM