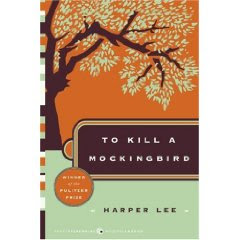 Once in a while I have the impulse to create a top-ten-all-time-favorite book list, but it always turns out to be an impossible task. Moods change, seasons change; some books belong better to winter by the fire, others to the shade of a beach umbrella, some to upbeat moods, others to sadder times, etc.

Last week I picked my brain to write down every book I’ve ever read, omitting of course childhood sillies and unworthy pulp paperbacks picked up in a previous life when my oodles of spare time did not require careful choices in reading. From that list I came up with these unforgettable books. Yes, unforgettable is the best word. No matter how many years have passed since I have read them, they still have power over my thoughts.

Dates are first reading.  I will probably add more as I think of them.

Twenty Years a Growing (Maurice O’Sullivan): a novel of life a hundred years ago in County Kerry; oh to be young again, oh to be Irish (oh yeah, I am Irish) (about 2000)

The Virginian (Owen Wister): Eastern decorum comes West in the form of Miss Molly Stark, and meets the untamed frontier personified in the Virginian (about 1980 and many times since)

Angle of Repose (Wallace Stegner): A painful story, first read for a Western American Lit class; I agonized over it for the next 25 years, then reread it and saw the characters from a much different perspective (1975)

To Kill a Mockingbird (Harper Lee): The good, the bad, and the unjust through the eyes of a child (1970s?)

Angela’s Ashes (Frank McCourt): A modern Irish life revealed to the world; more Irish than non-Irish can probably swallow, but so precise in mood and temperament and tragedy (2002)

Bleak House (Charles Dickens): My favorite Dickens and so typical w/ countless interwoven plots; some characters have all the goodness it seems, others only the appearance of goodness; Jarndyce vs. Jarndyce:  “Case dismissed!” (1983ish)

Cataclysms on the Columbia (John Eliot Allen): an examination of the Ice Age Bretz Floods which were largely responsible for the formation of the Columbia Gorge as we see it today; a slow careful reading combined with a field trip or two is an eye-opener (about 1995)

Undaunted Courage (Stephen Ambrose): Lewis and Clark’s journey West; Ambrose captured the frustration and despair and elation and triumph of this super-human crew of men who did the undoable (2008)

Icon of Spring (Sonia Jason): life in an ethnic coal-mining settlement in Pennsylvania (2000)

Names On the Land (George R. Stewart): an exploration of the origins of American place names (1986)

The Great Mortality (John Kelly): intensive history of the Black Plague and a thorough examination of 14th century society (2008)

From the Holy Mountain (William Dalrymple): author recreates the epic journey of John Moschos (AD 500) through the Middle East, recording observations and comparing his experience to that of J.M. (2006)
Posted by Suzanne Bubnash at 6:00 AM