What to Do on a Cold Rainy Day?

Friday started out wet, windy and rainy, and about 40 degrees. The boys were both gone for the day so Craig and I did stuff around the house. About 1:00 we decided to go hiking. In the Gorge. To Hardy Falls. On a nasty stay-at-home-sit-by-the-fire kind of day.

By some stroke of luck when we arrived at the trail-head it was not raining or windy and it had warmed up to 41 degrees. Hardy Falls is about halfway up Hamilton Mountain on the Washington side of the Gorge. The trail starts near Beacon Rock, an ancient volcanic plug which Lewis and Clark noted in their journal in 1805. Hamilton Mountain lost almost half its mass in 1700 when a violent earthquake tossed the area. An enormous load of earth tumbled into the river where Bonneville Dam sits now.

Anyway, we trudged up the trail and were rewarded with masses of water coming down the mountain due to recent heavy rains. There's actually two falls, Rodney and Hardy. One of them gushes into a small almost-enclosed pool creating its own windstorm that blasts you with mist when you stand nearby, a spot  appropriately christened "The Pool of Winds."  We went further up the trail to the fork where a sign lets you know you can hike one of two paths up the mountain: "Difficult" or "More Difficult."  I've been to the top of Hamilton Mountain a few times but today we had to give up on that as we were losing our light. At the end of the hike we were wet from sweat but no rain fell at all until we were safely back in the car. 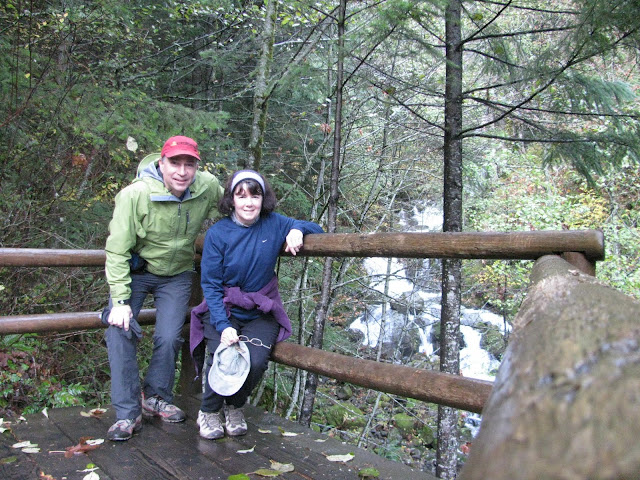 me with my favorite sign ever: difficult and more difficult 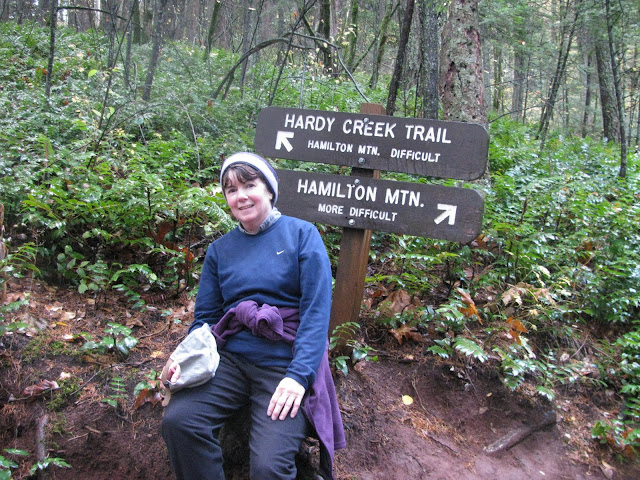 Posted by Suzanne Bubnash at 8:00 AM