Al-Ain is a city in Abu-Dhabi on the Omani border, and it was not on our list of places to see on our first trip to UAE. Then an Emirati friend of Jeremy's stopped by to say hello and invited us to come see his city, so we took him up on the offer. We drove out to Al-Ain early one afternoon and met Mr. Emirati here: 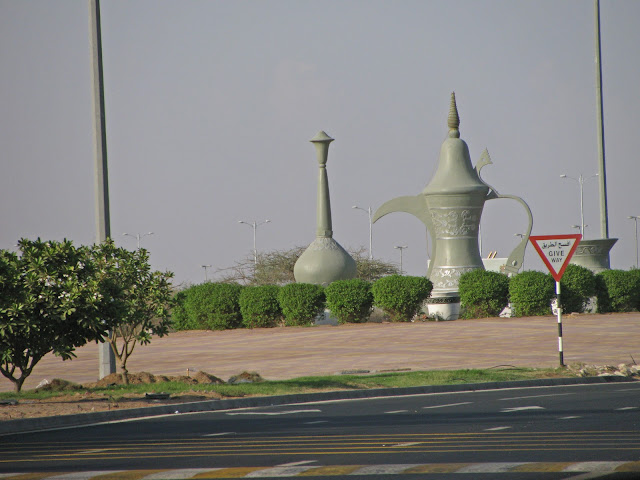 The coffee pot, signifying hospitality, is the centerpiece of the giant roundabout at the entrance to the city. We didn't meet him on the roundabout, but a half a block down. Mr. E loaded us into his Lexus SUV and off we went on the grand tour. Al-Ain is an oasis that has grown into a very full city that is still expanding. 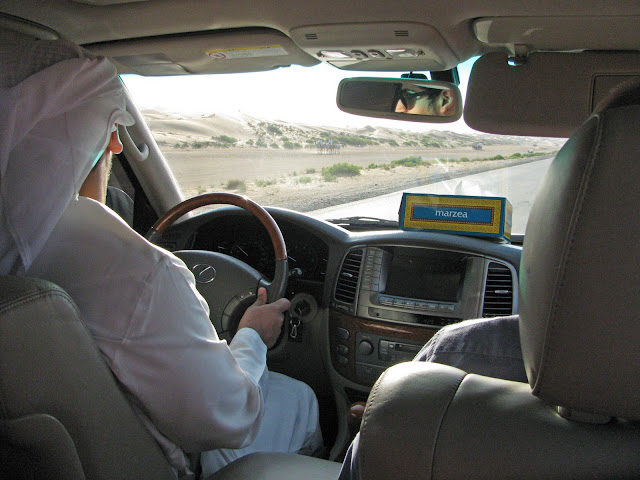 First stop, the camel race track. No races were on at the moment but hundreds of the beasts were being exercised and we enjoyed watching them trotting by in their colorful coats herded by expert trainers. 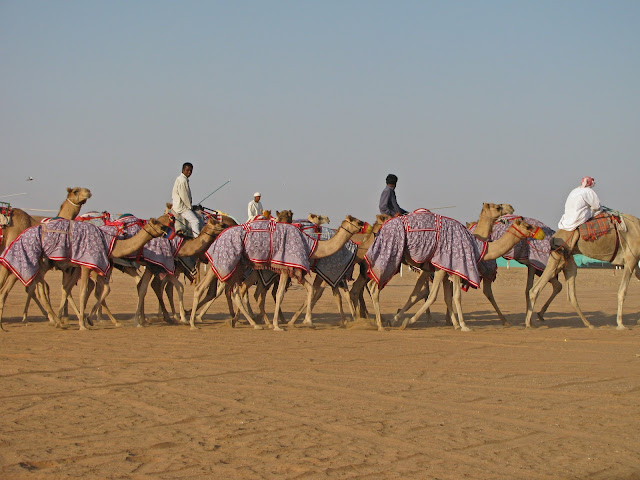 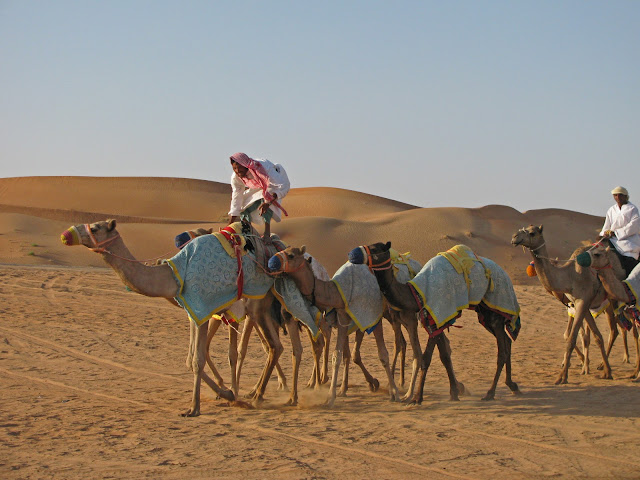 Next stop was the city gardens full of potted plants and various ground covers that looked a lot like plants we grew in our yard in the Mojave Desert, namely lantana and verbena. You get used to seeing displays like this one in the Middle East, featuring past, present and future rulers: 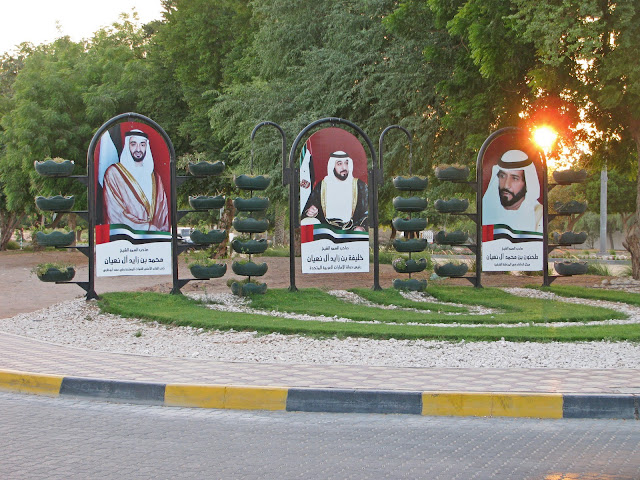 Our guide was so hospitable, and was pleased to show us around his city. When the girls were antsy he stopped at a convenience store to buy them snacks, and didn't even mind that they dropped crumbs all over his car. He took us out to eat at a Lebanese restaurant--delicious! We also drove up to the highest mountain in Emriates to take in the view. He was not in the least concerned about time; he only wanted us to enjoy his home town as much as he did. When we exited his car to head back home in ours, he caught me brushing crumbs off the seat and forbid me to worry about it because "my driver will take care of it tomorrow."

We had time to view only half the wonderful sites of Al-Ain; next time, the other half!
Posted by Suzanne Bubnash at 6:00 AM