An Historic Night on the Road to Damascus

Even though we make history every day, it's rare that we are eye-witnesses to national or international historic events. Thousands have watched the inauguration of presidents and the coronation of kings; some are involuntarily sucked into an event such as the tragedy of 9/11. I have never had that degree of an historically significant experience. However, in April 2005 I was eye-witness to the Syrian Army's evacuation of Lebanon. Not a well-known event, true, but significant in the Middle East and an important success in the presidency of GW Bush. Here's how it unfolded:

We traveled with Bridget's family to Lattakia Syria to enjoy a few days on the Mediterranean. Rather than catch a bus straight back to Damascus, we hired a driver to take us home via Beirut Lebanon.

In the Lebanese immigration station we filled out paper work, then waited. Nervousness permeated the  heavy concrete bunker that was staffed by Lebanese soldiers sporting automatic weapons. When one of them yelled out "Steven Walker!!" my heart skipped a beat. Why were they singling out my 12-year-old son?

We all walked up to the counter with Steven. The soldier sternly summoned the attention of his comrades, held Steven's passport high above his head, then regally declared, "Steven Walker! Your visa number is 1559!"  The soldiers clapped and cheered and we nervously smiled while Bridget quickly explained to us that 1559 was the number of the United Nations resolution that ordered Syria to remove its troops from Lebanon. We joined in the frivolity celebrating his lucky number. 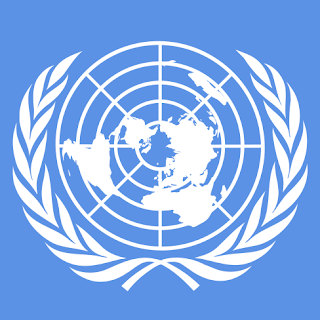 We spent some hours in Beirut, then hired a driver to take us back to Damascus. In deep darkness the station wagon crawled up the lofty Anti-Lebanon Mountains toward Syria. Suddenly we were passing a long military convoy, a convoy of Syrian trucks carrying tanks, weapons, and soldiers. It was the fulfillment of UN Resolution #1559!  We continued to pass lines of Syrian military heading for the border and their hero's welcome, after 29 years of occupation. All of this happened after intense pressure from Pres. George W. Bush, precipitated by the Feb. 2005 assassination of former Lebanese Prime Minister Hariri. And we saw it happen.
Posted by Suzanne Bubnash at 7:00 AM