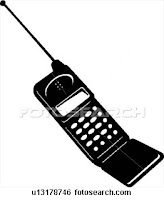 Like many others, I have my own personal story of being run off the road by a driver talking on his cell phone. Only this guy was operating an enormous dump truck which was pulling a very long flatbed trailer behind it. I exited Sunset Highway at Helvetia Road, and at the top of the exit ramp I was in the right-most of the two left-turn lanes. Mr. Gigantic Dump Truck beside me was turning left from the left-most lane.

Because he was a large truck I fully expected him to swing wide on the turn, so when the light changed I gave him plenty of space as we entered the intersection. But yikes, he kept coming closer to me during the turn, and thank heaven for the very wide shoulder here because by the time we completed the turn I was forced 100% onto the shoulder as he slid all the way into my lane as if he owned the place.

I paused momentarily to catch my breath, then took off after him. About half mile down the road I pulled up on his left at the stoplight, and leaning over to look up at him I could see him chatting away on his cell phone without a care in the world. The name and phone of his trucking company was proudly displayed on his truck door, which I copied down. At the next intersection he turned right while I continued straight. As he turned he was still yakking on the phone.

From home I called the trucking company number to report the dude. The woman who answered said that was her husband driving the truck, and he wasn't at home for me to talk to. I explained what happened and her first response was "he would never talk on his cell phone while driving."  Well lady, he was. We ended up having a four or five minute conversation in which she still claimed he wouldn't talk and drive, then it switched to her telling me it wasn't my fault. What the heck????  I insisted that she tell him my experience, and that he must never ever do that again. She said she would and I left it at that. Looking back I wish I had called back to talk to him. Hope he changes his ways before he drives right over somebody in his big-boy dump truck.
Posted by Suzanne Bubnash at 7:00 AM