For 27 years we have lived in the same house, one block away from Bethany Blvd., a poorly designed, hazardous 2-lane road, which is the main north-south route in our area.  It had been a narrow dirt/gravel country road until not long before we moved here, and it appears that the county just slapped asphalt on top of it without regard for a safer design.  The road is lined with deep drainage ditches and telephone poles, and its curves and hills dangerously limit sight distance.  There's a hump in the road outside my neighborhood which has caused plenty of accidents, including a number of Friday-night rollovers involving teenagers attempting to hit the hump at high speed to become airborne. 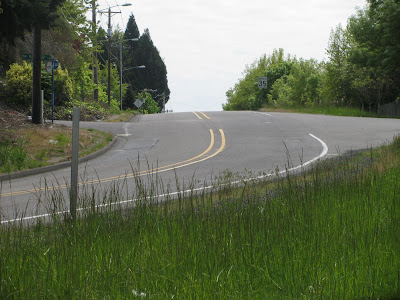 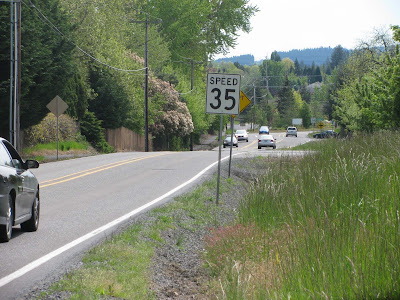 We have known for decades Bethany would eventually be improved and widened, and over the years many neighbors have expressed safety concerns to the county and requested temporary safety measures to be installed.  We were always told the same thing:  sorry, the road is not yet slated for improvement.  As an appeasement to one of my calls about 20 years ago, the county installed a couple of intersection signs which did zero to make it safer for us to exit our neighborhood.  Some years later the signs vanished one day, never to be seen again.

In late 2009 there were frequent sightings of county employees in the area, like ants at a picnic, so again I phoned the county for info and was put through to Matt, who said that yes, the road improvement was finally scheduled and there would be a county-sponsored open house in early spring 2010.  At that time county officials would hear and log public opinion on the future design.

But in early 2010 I received a forwarded email from Norm, a community activist friend of mine, which was originally authored by Matt.  In it, Matt outlined county plans to acquire a house in my neighborhood that was in foreclosure.  Reading between the lines it was obvious the house was going to be in the way of the project--a 5-lane "highway"--and subject to demolition.  Yikes!  That meant that all 70 houses that backed up to Bethany were in danger, and 9 neighborhoods were about to be emasculated.  Norm mobilized and enlisted about 20 area residents for the first meeting of what eventually came to be known as 3not5.org (http://3not5.org/wordpress/ ).  Meaning, "build 3 lanes, not 5!"  My life as I knew it was about to become hugely complicated!!

Part 2 tomorrow
Posted by Suzanne Bubnash at 6:00 AM