This chart rings fairly accurate to me, though of course there are no hard and fast rules about how people behave and react to their own situation. I see myself crossing categories because I see the world in terms of international, and then spilling over into poverty because the label on clothing means less than nothing to me.

I personally know more people living in poverty than in wealth. And something that puzzles me is this: the poor are so overly generous at giving that it makes the rest of us look like Mr. E. Scrooge. And it is inappropriate at times. Example (and I have many): I attended a baby shower for a very poor unwed mother. With one exception, every attendee was a middle-class woman charitably supporting the future child of this ill equipped mom who refused to give up her baby for adoption. The exception attendee was an equally poor unwed mother of many ( call her A), who presented gift after gift after gift after gift. A gave more than the rest of us combined (we each brought the usual one carefully chosen gift). We were embarrassed for her. Why? Certainly A was not self-conscious in the least. All that concerned her was that her friend had nothing and needed everything. Where she got the money to buy the gifts is beyond me.

According to the info below, in A's world, money should be used, spent. Perhaps the sentiment is, "I will never crawl out of this poverty pit so I might as well enjoy life when and how I can."  Is that why (or at least it's my perception) that smoking and drinking, having costly nail decor, etc. seems more common among lower income folks?  My friend Julie has commented that the poor seem to prop each other up; that way no one falls into the depths of despair and they all manage to get by. 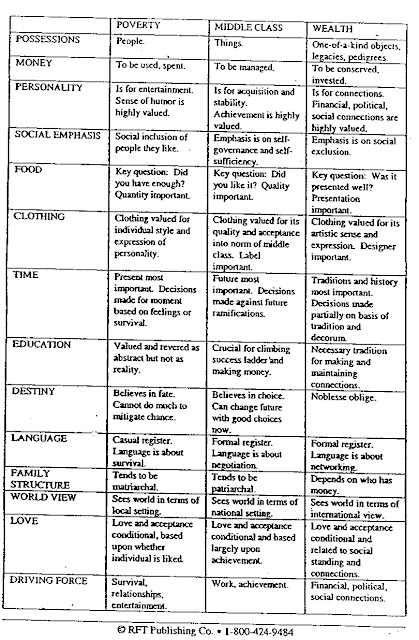