The Great Irish Famine has been over for 160 + years.  But memories are long and bitterness remains.

Besides suffering and dying on their home turf, thousands of Irish died on the voyage to America, and some even after they arrived.  There is an island in the Gulf of St. Lawrence in Quebec, called Grosse Isle.  It was the landing place for tens of thousands of desperate ragged families, many of whom were afflicted with typhus, a companion to severe famine.   5000 immigrants are buried on Grosse Isle, those who were either DOA or crawled off their ship and died.

These dirt-poor Catholic immigrants were shunned in America for their destitution, strange speech and customs, and for their religion.  They were crowded into ramshackle tenements where tuberculosis, history's greatest killer, stalked them so diligently that few entirely escaped its clutches.  At least 3 of my 8 Great-grandparents died of TB too early in life, and my Grandfather, a first-generation American, had the disease.

Within the last 10 years memorials have arisen dedicated to remembering the anguish and misery of the famine victims of so many decades ago.


This haunting remembrance is in Toronto Canada: 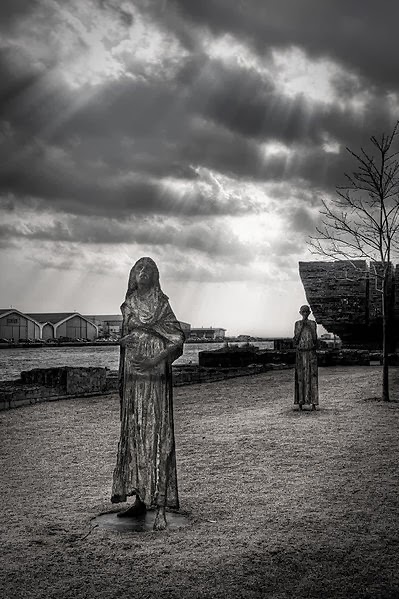 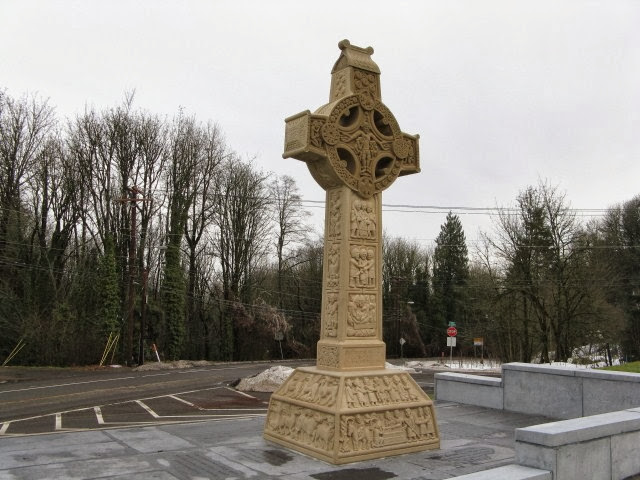 The Irish Hunger Memorial is located a few blocks from Battery Park, New York City, and was dedicated in 2002 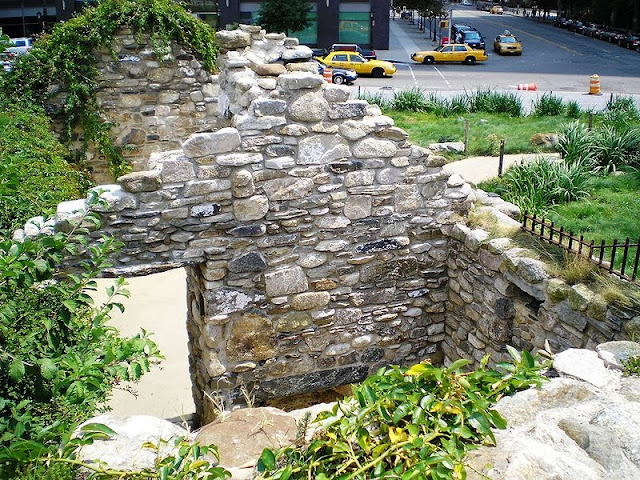