For 3.5 years (until this past June) I was a Cub Scout Bear den leader.  I loved it, and enjoyed taking the boys on monthly field trips, especially the historic ones.  The photo below shows the Imbrie House, which is a couple of miles from where we all live. It was build about 1866 and housed the Imbrie family for over 100 years, before it was converted into a restaurant. The Cubs are always speechless when they are shown the "birth and death room," a long narrow room on the north side of the house where, surprise, family members were brought into and led out of this world.

About 20 years ago the McMenniman brothers bought the place; if you're not from here you haven't heard of them. They buy up old schools, houses, and other historic buildings (sometimes saving them from the wrecking ball) and convert them into restaurants, pubs, guesthouses. When they bought the Imbrie place it was in reasonable condition but not large enough to be a successful restaurant venture, so they built a large building behind the house for that purpose (it has an 1800s appearance). There was also an octagonal barn on the property that was in a sad state of disrepair. They fixed it up nice for use for parties and wedding receptions. They created beautiful grounds that connect all the different buildings.

One structure they built new is the brewery. Not being a drinker, I didn't even know they had one, until this one day with the Cubs when we opened the door of what I thought was another barn. And voila! There was the brewmaster with his contraption going full steam. Of course the boys could not go inside, but the brewmaster invited them to watch, and then he gave them very complete lessons on how to brew beer. It was rather amusing, because not only were they wiggly 9 year-old boys, but they were wiggly 9 year-old Mormon boys . . . who now know how to brew beer. 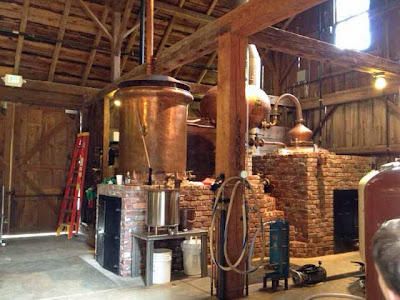 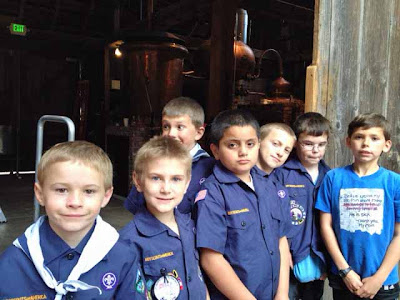 my grandson on the left and his Cub Scout den
Posted by Suzanne Bubnash at 4:30 AM