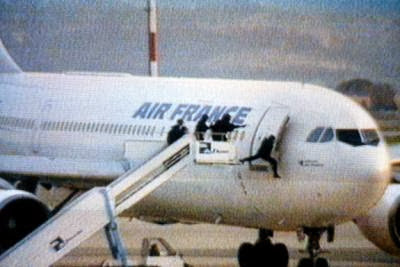 If you ever find yourself cursing the rudeness of modern air travel and yearn for the glory days when the passenger was king and the flying experience included pampering and fine dining, check that thought.  Strangely coexistent with the pampering was an insane, crazy wild-west aspect to air travel in the 70s.  And unbelievable as it is, I am not making this up!

I'm speaking about skyjacking / hijacking and y'all know what that is.  Rare now thanks to the strictest ever security measures, skyjacking was routine in the 70s.  When a mayhem-intentioned person gets past security measures now, pro-active passengers become their own security force and take care of business.  The reaction to skyjacking fear has become so extreme that if a person even unwittingly breathes the word "bomb" anywhere near an airport, or a unhinged person breaches security, look out.  The latter happened in November 2001 when our daughter was flying home from Salt Lake for her wedding.  The security breach happened elsewhere--I think in Atlanta--but it caused a chain-reaction of seriously delayed flights and frazzled passengers all over the country.  Amazingly, in the 60s and 70s, airlines refused to institute inconvenient airport security measures for fear passengers would not tolerate that, and would take the train instead . . .

Some skyjacking incidents lasted days, and on occasion passengers were executed, planes were bombed and at the very least, passengers flying to weddings, funerals, business meetings, vacations, had their plans, and sometimes their psyches, ruined.  Wikipedia says:

In the late 60s / early 70s the average situation involved goofy people who wanted a free flight to the Communist utopia--Cuba.  They renounced the corrupt USA . . . yeah. . . . only to spend years in icky Cuban jails or at hard labor on sugar cane plantations.  Skyjacking became regular enough that airlines offered free flights to Havana to prevent the terror and disruption of "unscheduled" flights to Cuba. Flights to Algeria were another popular itinerary.  Some of those perps were welcomed and indulged by the Algerian government, a figurative "flipping off" the US of A.  More than one idealistic hijacker did the deed in order to free Angela Davis.  If you don't know who she is, look her up on Google.

D.B. Cooper started a new trend in 1971.  Give me money and give me parachutes.   At least 9 copy-cats followed in the next year--no idealism present, just more people asking for cash and parachutes.  Airlines were ill-prepared to come up with millions of dollars at a moment's notice.  A few times an airline took out a loan for buckets of cash from a local bank.

Skyjacking took a sinister turn when baddies realized they had a negotiating tool at their disposal--hostages.  Peril to passengers and crew replaced the inconvenience of an unscheduled stop in Cuba.  Planes were taken for political purposes, either to draw attention to a cause or to be used as a tool in demands for release of political prisoners.  Passengers were the pawns and plenty lost their lives at the hands of jittery cold-blooded skyjackers.

Hijacking became a family affair when in 1978 a teenage girl skyjacked a plane in order to free a man from prison; that same man had been imprisoned in 1972 when he  had hijacked a plane.  The girl's mother had hijacked a helicopter to free that man and was killed in the attempt.  Follow the logic in that one.

Just think: if this historic scenario occurred now, airline travel would die a slow death from passenger outrage and boycotts.  So, next time you fly, and you board believing with certainty that you will reach your destination, remember the wacky wild times in air travel of yore, and be glad you're flying now. 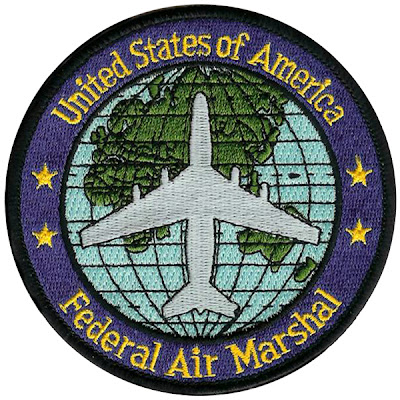