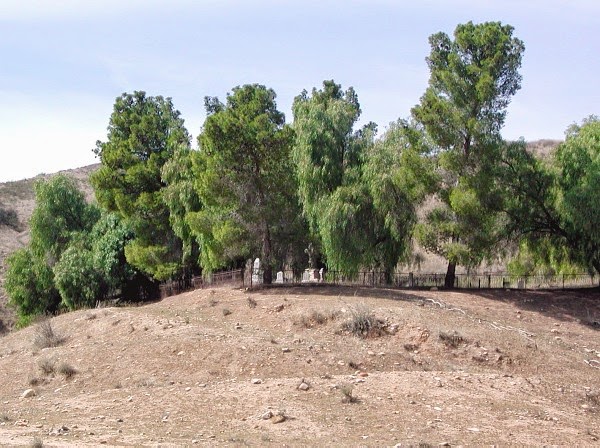 We teenagers growing up in a small community sometimes had to invent something to do. In the Santa Clarita Valley in the 60s and early 70s, there were no malls, (hardly any stores period), few restaurants, no miniature golf, roller rink or other recreational activities. There was the Plaza Theatre that we went to once in a  while.  At our small high school clubs and sports were limited, and if you were female, which I was (and still am), you were barred from sports anyway, except for a girls' club that met after school.  But if you were me and were terrible at sports, the choice of activities narrowed further.

The more daring among us bragged about going to Colored Sands Cave on weekend nights. I didn't know what they did once they got there, but we can be sure it wasn't looking at the stars.  Another place teens gushed about was the Chinese Graveyard.  Everyone talked about how scary it was and how gutsy you had to be to go there.  Even the upright Mormon kids talked about the mysteriously creepy haunted ghostly Chinese Graveyard.

So, when I worked the late shift at newly opened Magic Mountain, sometimes that's where a few of us would go. It was always after midnight when we got off work.  Out to San Francisquito Canyon we would drive. Back in the day this was almost the middle of nowhere. There were a few ranches on the narrow curvy road.  No lights. The graveyard perched on a hill on the west side of the river but we parked on the east side, because the cemetery was on private property, so we couldn't go cruising up the long rutted driveway in the middle of the night.

Once parked, we hiked across the broad shallow river bed, which was usually dry. We counted on there being moonlight enough to see.  I'm surprised we never stepped on any rattlesnakes. The graveyard was easy to spot even in the dark because the only trees in the vicinity grew among the headstones. We headed straight for the looming spectral pine and pepper trees.

I should comment on the name of this place. Why it was called the Chinese Graveyard, I have no idea.  There are no Chinese buried there. We heard that the graves were those of flood victims from the 1928 dam break upstream. The truth is, there are some victims buried here, and most of the graves are related to the Mexican Ruiz family.  6 of the Ruizs were wiped out that terrible day of the flood.  I only recently found out the place is rightfully called the Ruiz Cemetery. 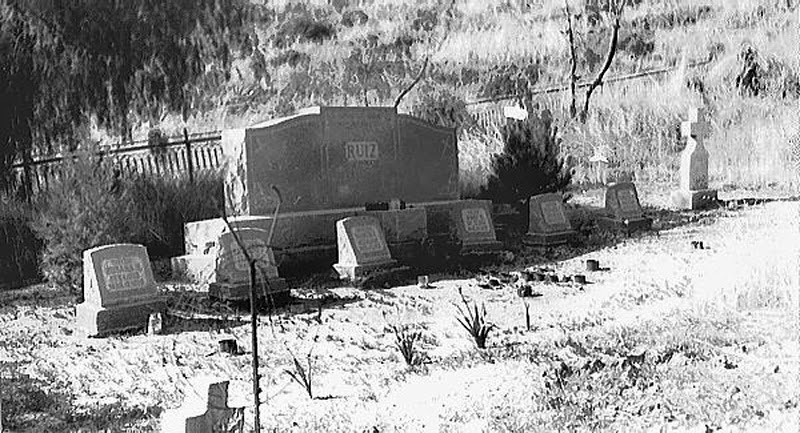 Even though the graveyard is on private property, we had no qualms about sneaking up there under cover of darkness.  I never participated in shenanigans such as hiding behind a tree to spook someone.  Or draping white sheets in the trees to frighten newbies.  I never saw a ghost up there or felt the frosty chill that kids believed signified the ghostly presence of a mournful flood victim.  It was a place of fascination and reverence to me, because every gravestone represented a life.  And every life has a story that intertwines with the history and landscape of a place.   Sometimes the stories are upbeat and lengthy. And at times they end prematurely, as with the Ruiz family which has lain here together for most of 90 years. Their holy terror probably lasted only a few moments as they heard the thunderous crashing and felt the rumble of the approaching water. It enveloped them and their terror was swiftly over.

The cemetery is now abutted by development. It is still on private property though. Even though my nocturnal visits there were illicit, I am glad to have spent some meaningful moments there so many years ago. 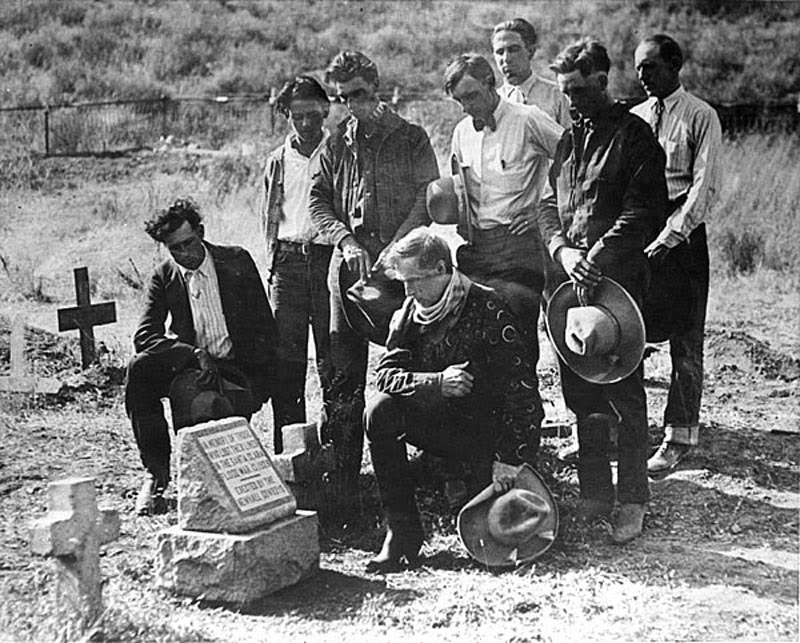 William S. Hart (kneeling in center) and his cowboy friends place a memorial marker in Ruiz Cemetery to the 1928 flood victims 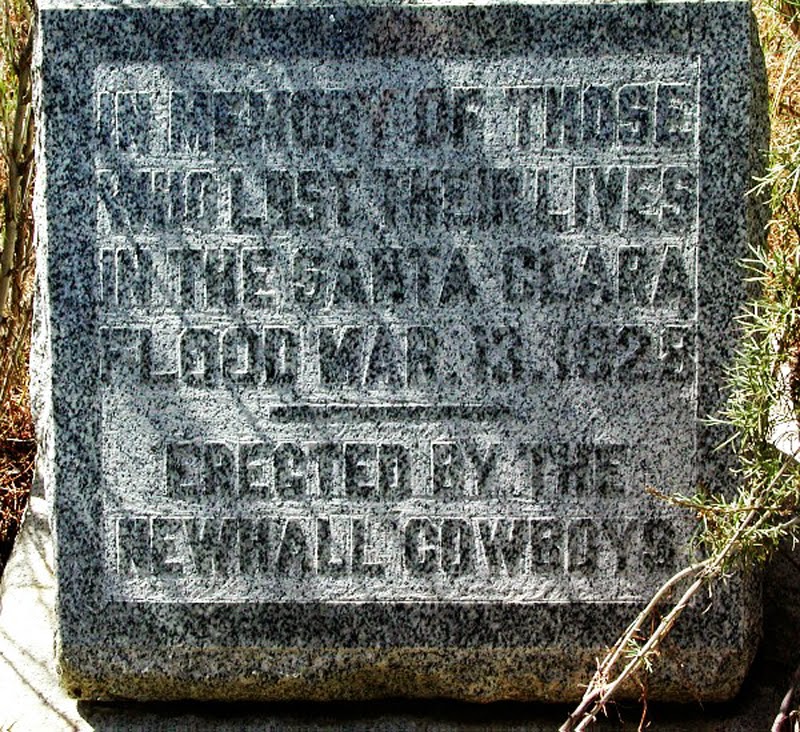 closeup of the marker
photo by Leon Worden

NOTE: read here for more about William S. Hart
Posted by Suzanne Bubnash at 5:00 AM