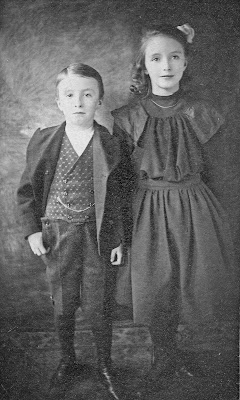 James Ashe and his sister Frances
My Grandpa Ashe died when I was 9.  He has since been an enigma to me.  I remember that he was there, in the North Hollywood (California) apartment on Tujunga Ave. with my Grandma, but she was the more dominant person in my life.  When I breathe a whiff of Old Spice aftershave or the faint aroma of pipe tobacco, my Grandpa appears before me, a fleeting recollection like the wispy puff of his pipe smoke.

Poor Grandpa.  His mother, Bridget Doyle Ashe, died of TB when he was 2 months old.  4 years later his father, Matthew Ashe, died of TB.  Grandpa and his sister Frances were raised by their elderly grandmother, Mary Murphy Doyle, at 14 Miller Avenue in Holyoke, Massachusetts. 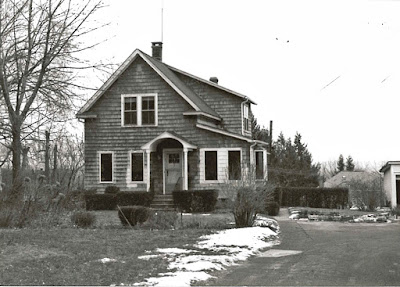 In just the past few weeks, after intense investigation on my part and on the part of my cousin Laurie, Grandpa's life has filled in some.  He once worked in the theater district of New York (1920 Census) as a stage hand.  He worked as prop man at the Victory Theater in Holyoke from 1924 until "talkies" superseded the live theater business about 1930, after which there was diminished demand for stage hands and props. 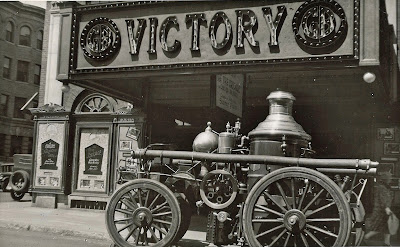 the Victory was a lavishly beautiful theater 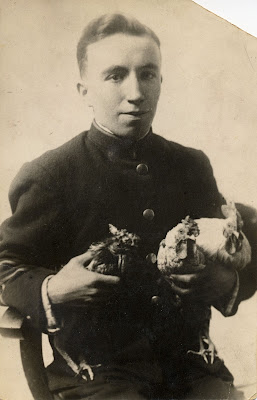 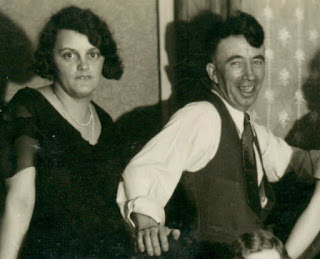 my grandparents during care-free times

Until now I thought of his theater work as a part-time, borderline dead-end job.  How could he possibly have supported a family on what must have been minimal wages?  And then Laurie and I discovered that the Victory Theater was the place to be in 1920s Holyoke.  It was huge and lavish and attracted bustling crowds when theater was king.  Lively vaudeville shows played night after night and Holyoke's population was more than enough to support and make this establishment a smashing success.  One can see the Victory's dazzling marquee beckoning to one and all that they must not miss tonight's fabulous show.

But the slump in live theater hit home, and the early Depression-era Holyoke Directories show Grandpa delivering milk.  There is a story that his milk truck collided with a young boy who was permanently disabled from the accident.  I wonder if that caused Grandpa to lose the milk business, because in early 1934 he is once again a stage hand, but this time working at the Holyoke Theater (Opera House) on Dwight Street.  If the Victory Theater was locally popular in the post-war 20s, the Holyoke Theater was a destination for the fashionable well-to-do from other cities all around.  Special trains were chartered from Springfield and Northampton to attend productions.  Grandpa would have been mixing with known actors and directors, and even VIPs who were welcomed backstage to meet the stars.  What an exciting occupation, to be backstage night after night as the full theater thundered with applause!

Perhaps working backstage is what Grandpa loved most.   The job would have been challenging: working quickly to have all of the props in the right place at the right time, moving scenery, assuring that the actors were right on cue.  I wonder if my Grandma was able to attend the shows and sneak backstage once in a while.

In late 1934 Grandpa's life took a heartbreaking turn from the charged atmosphere of backstage glamour to tragedy, uncertainty, and melancholy.