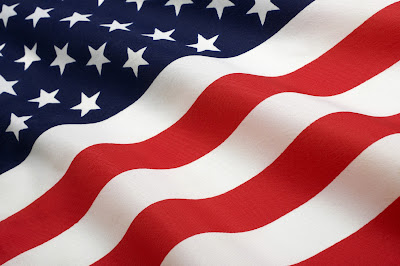 We celebrate our veterans with monuments, parades, meaningful ceremonies and ponderous reflection, and I love Veterans Day with its national and local tributes to those who gave of themselves. My family doesn't have a steller military tradition, although my Dad and four of my uncles served in World War 2. Others of my family have been willing but were never called upon.

The World War 1 Draft Card below belongs to my maternal Grandfather. He was single at the time, was living in his Grandmother's house (she had died the previous year), and he did not have a promising employment future at this time. As the story goes, he and a friend went to enlist and Grandpa knew he was underweight. All the way down to the recruiting office he swallowed bananas, one after the other after the other. Didn't do any good. The Army wasn't interested in a skinny weakling I guess.

It is possible that my Grandfather had tuberculosis during childhood, and that could be the real reason he was not accepted into the service. Both his parents died of TB when he was young, and I know from his death certificate that he had TB sometime during his life. In any event, his spirit was willing to serve, but his flesh was weak. His son James served in the Army during World War 2. 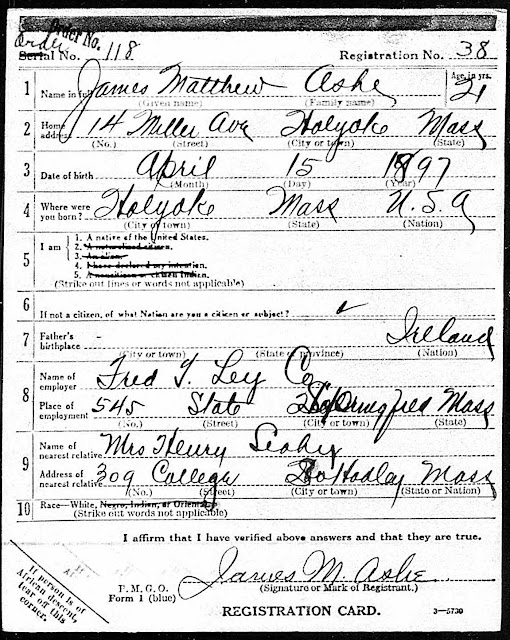 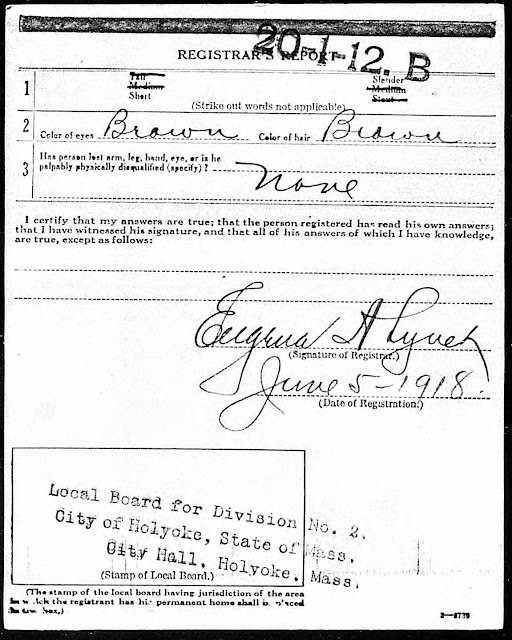