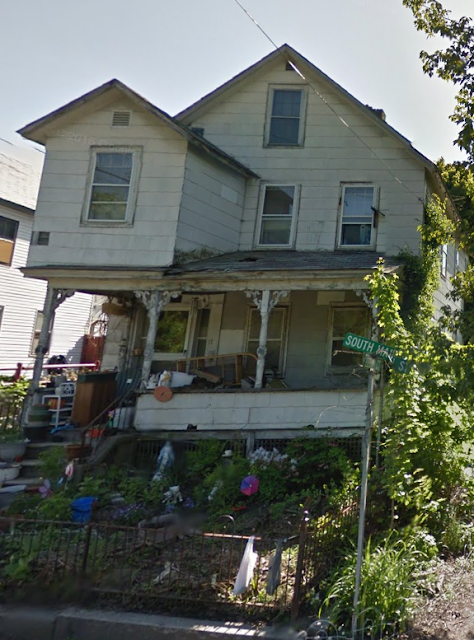 This awesomely bad remodel job is on South Main street in Brattleboro, Vermont. It doesn't help appearances that the house is in derelict condition, but seriously, to throw on a hideously awkward extension onto the roof of the front porch?

Typical of the 19th century, house lots here were deep, yet narrow across the front. It makes sense, as before auto transportation people relied on foot travel for commuting to work and taking care of business. Thus towns were built compactly, houses close together.

Slapping additional rooms onto a dwelling was a common practice. Because lots were deep, extensions were built onto the back, one after the other. I've seen some old homes with as many as 5 different extensions in the rear. Subsequent additions rarely match what's already there. It gives the impression that the owner rolled out of bed one day and decided it was time for another addition, then used whatever materials were at hand. 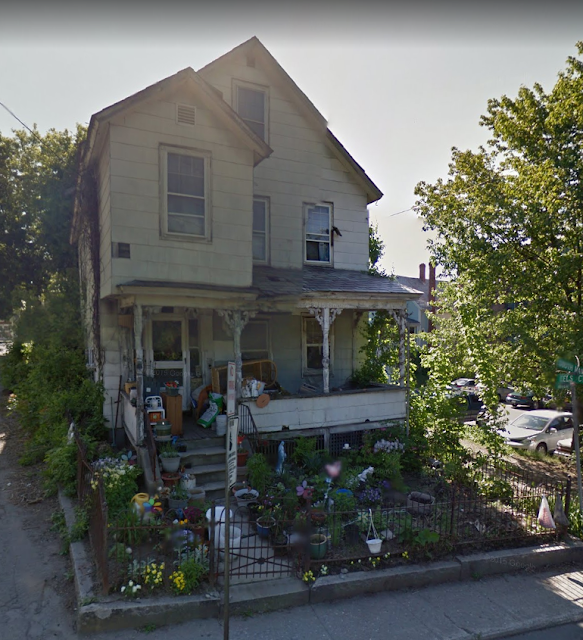 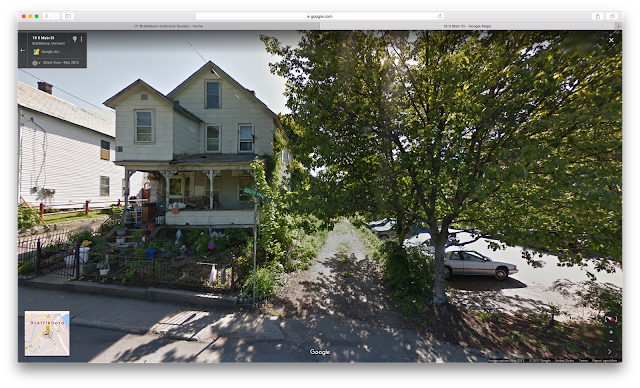