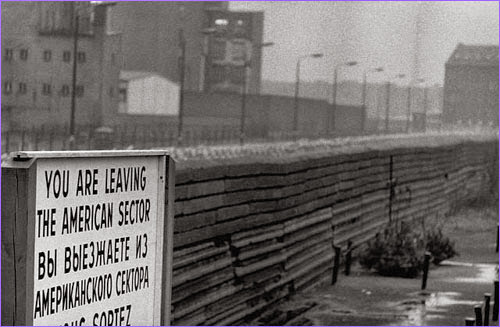 I have written about the fall of the Berlin Wall, one of the marvelous events of our time, previously.

It is 25 years since the day the world changed. The gates in the Berlin wall opened, shocking the world, and for the first time in 28 years East Germans could exit to the West without danger of being shot by East German border guards. West Germans welcomed them, hugging the bewildered East Germans and pressing money into their hands. 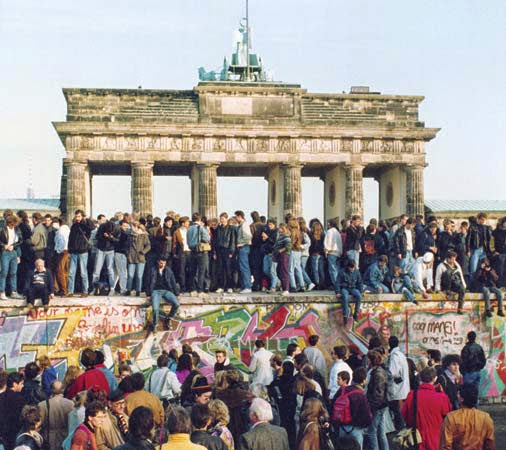 In 1987 President Ronald Reagan had called upon Soviet leader Mikhail Gorbachev to show that he was serious about being progressive and open, as he had claimed he intended to be. And the act that would show his sincerity, would be the opening of the Berlin Wall, which had imprisoned East Germans for 28 years.

A portion of Ronald Reagan's bold, powerful, and thrilling 1987 speech in front of the Brandenburg Gate is found here. The speech and its aftermath are among the great moments of our time. 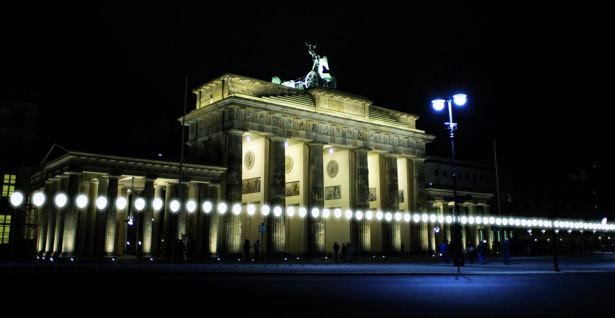 Today.  The row of lights represent where the wall once stood in front of the Brandenburg Gate.


On a related note:
This article is about Dieter Uchtdorf's escape from East Germany as a young child.